The Province of Siena, is a province in the Tuscany region of Italy. The capital of the province is the city of Siena. The area is very hilly: in the north is Colline del Chianti; Monte Amiata is the highest point; and in the south is Monte Cetona. To the west are the Colline Metallifere (“Metallic Hills”), whilst the Val di Chiana lies to east. Historically, the province corresponds to the former Republic of Siena. The chief occupations are agricultural (wheat, grapes and fruit) and silk culture. The wine known as Chianti is produced here as well as in other parts of Tuscany: the Chianti Colli Senesi, however, is limited to this province. Apart from the city of Siena the principal towns are Poggibonsi, Colle di Val d'Elsa, Montepulciano, Chiusi, and San Gimignano.

The province is divided into seven historical areas:

Vineyards and olive trees characterize the landscape, exalting the local gastronomy, and creating the so called "slow food" culture. The territory around Siena is actually the best example of Tuscan regional identity, rich in natural resources and productivity, beginning with the famous "Chianti-shire" which extends north from Siena with its precious vineyards. Terraced hills and valleys rich in rivers, castles, churches and wonderful buildings dot the countryside.

Where to Go and What to See in the Siena Province 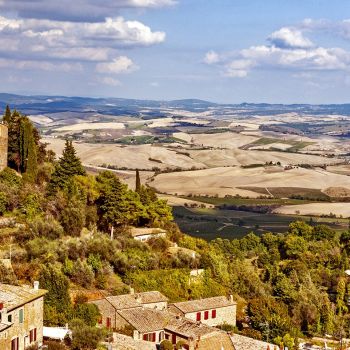 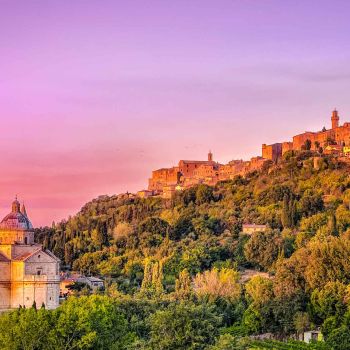 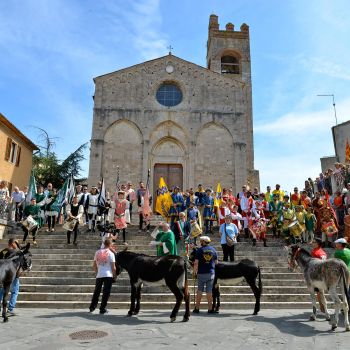 Castles and villages like Castelnuovo Berardenga, Castellina, Gaiole and Radda in Chianti overlook the wonderful countryside, where we can still admire extraordinary 18th century gardens in Arceno, Pontignano, Villa la Pagliaia, Catignano, Geggiano and Sestano in the town Castelnuovo Berardenga.

The Val d'Elsa valley is crossed by the historic Via Francigena pilgrims' route, with many smaller roads which lead to the sea. This area has been a strategic meeting point for merchants and pilgrims going to Rome since the middle ages. In the Val d'Elsa area is San Gimignano, with its many towers, and Monteriggioni, which is famous for its medieval city walls. The famous architect Arnolfo di Cambio was born in Colle val d'Elsa, also known as the "crystal town".

The Merse valley is rich in woods, waterways, nature routes and small medieval churches and castles in Chiusino, Monticano, Murlo and Sovicille. The northern side of river Merse belongs to the nature reserve of Alta Merse, while the river Farma flows along the valley to meet the Merse and Ombrone, reaching the famous thermal baths by Petriolo, already famous in the days of the Pope Pius XII. During the middle ages, this area was often chosen by religious men and hermits because of its peaceful quietness and a lot of beautiful abbeys still bear witness to this tradition, like the Cistercian abbey of San Galgano by the town of Chiusdino.

The neighbouring valley, Val d'Orcia, offers a gentle landscape rich in hills and cypresses. The river Orcia flows through the valley and woods, while many interesting old towns are situated along the medieval route of the road Via Cassia. For example Radicofani, Castiglione and San Quirico d'Orcia, and then – towards Val di Chiana – Pienza and Montepulciano.

This is the home of the famous red wine, Brunello di Montalcino. It is also famous for its spas, thanks to the ancient thermal baths at Bagno Vignoni and Bagni San Filippo.

Great wines in Montepulciano, salami in Sinalunga and the healing waters by Chianciano Terme, Montepulciano and San Casciano dei Bagni: the whole valley Val di Chiana is a cradle for wellbeing and taste. History has always played an important role here: interesting prehistoric finds near Mount Cetona bear witness to a millenarian life in the valley. The cave called "Lattaia" was the site of an ancient water worship. Local water was actually believed to help mothers during the lactation. Inside the so called St. Francis' cave there were old fireplaces and burned remains of legumes and cereals.

Mount Amiata (1738 Mt.) overlooks the valley Val d'Orcia (Montepulciano, Pienza e Montalcino) in the southern part of the province, with the hills by Chianciano and Chiusi and the great plain of Maremma. The woods in this area was inhabited as far back as Etruscan times and the region was crossed by the medieval pilgrims' road Via Francigena.

The region today is a well known tourist destination and a famous ski resort, thanks to its numerous slopes and tracks for cross country skiing. The ski lift links the mountain to the valley going through wonderful chestnut trees and beeches. The small neighbouring town Piancastagnaio gets its name from the several chestnut groves in this area.

TOWNS IN THE SIENA PROVINCE

What to Do In the Siena Province

Eat, Drink, and Sleep in the Siena Province