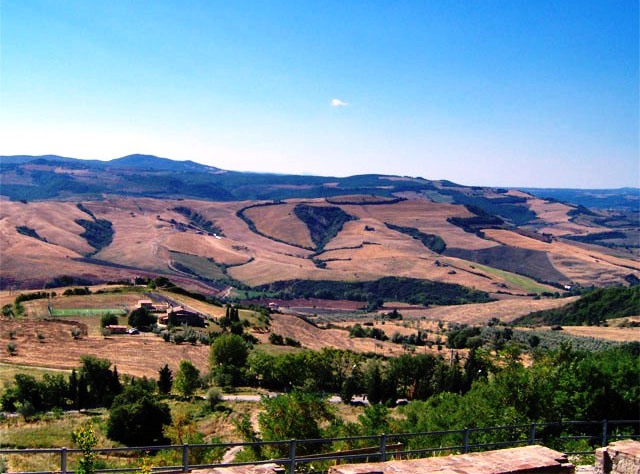 Celle sul Rigo, a small village 4 km from San Casciano, is located on a hill that dominates the Paglia Valley, in front of the Monte Amiata. Its sweeping and fascinating views were much admired by the poet Giosué Carducci, during the years he spent there with his family. Palazzone, the other small village near San Casciano, is mainly rural and produces high quality wine and olive oil. The Castle of Fighine is a gem that shouldn't be missed. From the castle, you can see right over the Val di Chiana as far as the distant peaks of the Umbrian Appennines. Due to its historic heritage and magnificent surroundings, as well as its conservation policies, San Casciano has been awarded the Orange Flag and has been nominated one of the Most Beautiful Old Towns of Italy.