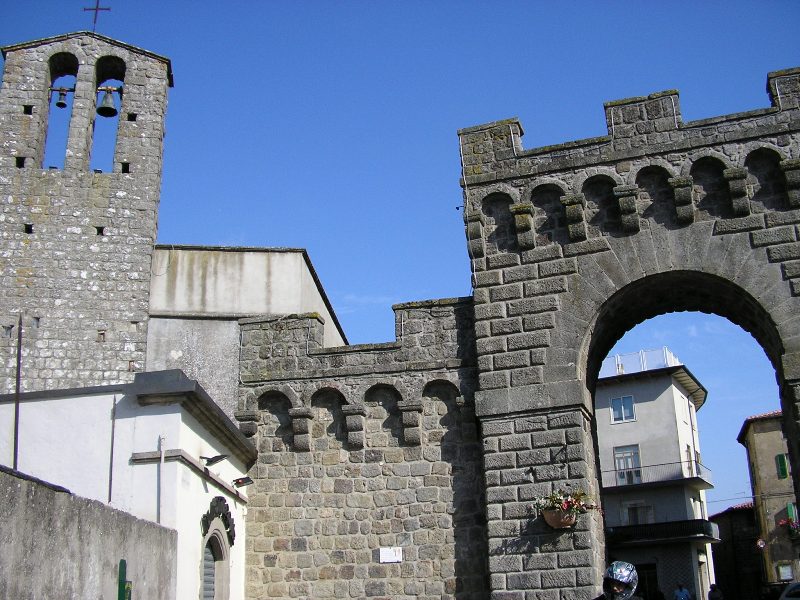 Piancastagnaio rises on the south-eastern slopes of Mount Amiata Piancastagnaio, in the Siena Province. The local economy is mainly based on the production of cereals, vegetables, fruit, vines, olives and on tourism, as the beauty of the area has caused the creation of many qualified hotel structures. The name of the place probably derives from the composite of “piano” with the meaning of “plain-lying place”, and of “castagnaio” coming from the Latin “castanea” with reference to the abundance of chestnut woods in the area. The town of Piancastagnaio was founded in the Middle Ages. From the very beginning it was placed under the jurisdiction of the Aldobrandeschi who built an imposing fortress that is still visible today. Over the following centuries the town of Piancastagnio was contested between the Aldobrandeschi, the monks of the nearby Abbey of Abbadia San Salvatore and the Visconti family.

Subsequently, with the rising of the di Lorena Dukes to power at the beginning of the XVIII century, feudalism was abolished. In 1776 Piero Leopoldo di Lorena elevated the village of Piancastagnaio to the rank of autonomous commune, equipped with its own statutes. Lorenese domination lasted almost uninterrupted until the unification of Italy in 1861 by King Vittorio Emanuale II di Savoia. Among the most important monuments in Piancastagnaio of particular interest is the Church of St. Bartholomew, the Sanctuary of the Madonna of St. Peter, the Church of St. Mary of the Assumption, the Municipal Palazzo and the Aldobrandesca.