The Province of Massa and Carrara, is a province in the Tuscany region of Italy. It is named after the two main towns in its territory: Carrara and Massa, its capital.

In 1946, with decree Lieutenant one (Umberto II of Savoia) the new municipality of Apuania was formed, and the province (for error and/or historical ignorance) resumptions the denomination does not date from 1859 when it was "Massa and Carrara" but Massa. This was the name that had been designated to the city of Massa or Massa of Carrara from 1700 until the formation of the Kingdom of Italy (1860), to distinguish it from other homonymous cities. In 2009 both decrees of 1938 and 1946 were abolished, restoring the old name. 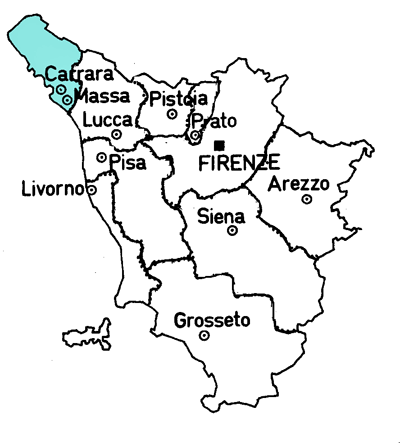 What to Do In the Massa|Carrara Province

Eat, Drink, and Sleep in the Massa|Carrara Province