Guide To the Brescia Province 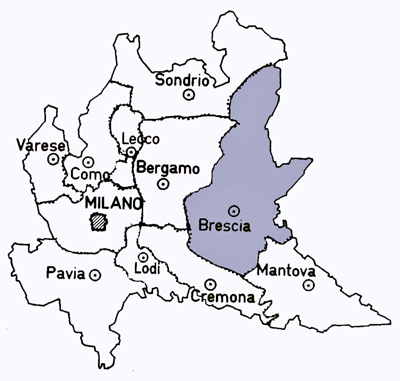 Brescia Province extends between the Po Valley, the pre-Alpine mountains and the Trompia Valley. The largest province in Lombardy, it includes three beautiful lakes (Garda, Iseo and Idro) and three valleys (Camonica, Trompia and Sabbia). The landscape is varied, from the small marinas of Lake Garda and the green hills of Franciacorta to the ski slopes, small villages and historical town centers, not to mention the remains of ancient Camuni settlements. Long before the Gauls, in fact, in pre-historic times, the land was inhabited by a Ligurian people, the Camuni, who left behind the richest collection of expressive forms before the invention of writing in Valcamonica and Capo di Ponte.

Where to Go and What to See in the Brescia Province

What to Do In the Brescia Province

Eat, Drink, and Sleep in the Brescia Province