Guide To the Como Province

The Province of Como is a province in the north of the Lombardy region of Italy and borders the Swiss cantons of Ticino and Grigioni to the North, the Italian provinces of Sondrio and Lecco to the East, the Province of Milan to the south and the Province of Varese to the West. The city of Como is its capital — other large towns, with more than 10,000 inhabitants, are Cantù, Erba, Mariano Comense and Olgiate Comasco. Campione d'Italia also belongs to the province and is enclaved in the Swiss canton of Ticino. As of December 31, 2011, the main commune by population are: The Bergamo Alps and some hills cover the territory of the province, and the most important body of water is the glacial Lake Como. Como is also famous because it is the city of Alessandro Volta, inventor of the electric battery in 1800. 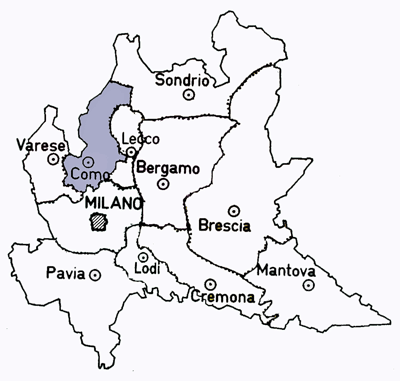 The territory of Como Province is quite varied, with the mountainous areas, lakes and valleys. The City of Como sits at the base of Mount Brunate and is surrounded by hills and the Alpine foothills that watch over the southern part of Lake Como.

Where to Go and What to See in the Como Province

What to Do In the Como Province

Eat, Drink, and Sleep in the Como Province