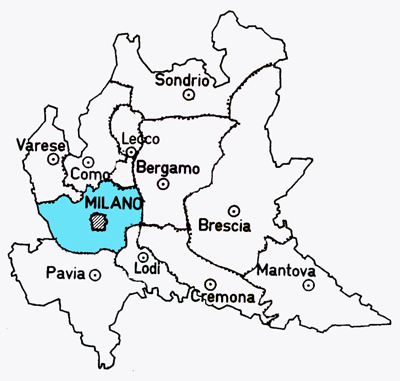 Getting to and Around the Milano Province

Milan metropolitan area is one of southern Europe's key transport nodes and one of Italy's most important railway hubs. Its five major railway stations, among which the Milan Central station, are among Italy's busiest. The Azienda Trasporti Milanesi (ATM) operates within the metropolitan area, managing a public transport network consisting of an underground rapid transit network and tram, trolley-bus and bus lines. Overall the network covers nearly reaching 86 municipalities. Besides public transport, ATM manages the interchange parking lots and other transportation services including bike sharing and car sharing systems. Milan Metro is the rapid transit system serving the city, with 4 lines and a total length of more than . The recently opened M5 line is undergoing further expansion and the construction of the M4 line has been approved. The Milan suburban railway service comprises 10 lines and connects the metropolitan area with the city centre through the Milan Passerby underground railway. Commonly referred to as "Il Passante", it has a train running every 6 minutes (and in the city functions as a subway line with full transferability to the Milan Metro). The city tram network consists of approximately of track and 17 lines. Bus lines cover over . Milan has also taxi services operated by private companies and licensed by the City council of Milan. The city is also a key node for the national road network, being served by all the major highways of Northern Italy. Milan metropolitan area is served by two international airports. Malpensa International Airport, the second busiest in Italy is from central Milan and connected to the city by the "Malpensa Express" railway service. Linate Airport, which lies within the city limits, is mainly used for domestic and short-haul international flights, and served over 9 million passengers in 2010.

Where to Go and What to See in the Milano Province

What to Do In the Milano Province

Eat, Drink, and Sleep in the Milano Province