Guide To the Pescara Province

The province of Pescara covers an area of 1,225 sq.km and is bordered by the Adriatic sea to the east and the other three provinces of Abruzzo, Chieti to the south east, L'Aquila to the west and Teramo to the north. It is the smallest of the four provinces of Abruzzo but the most densly populated.

The Province of Pescara includes territories north and south the basin of the river Pescara from the gorges of Popoli to the sea, with the profiles of the Maiella and Gran Sasso mountains to the west. It is the most highly-populated province in the region, with its capital, the city of Pescara, the largest urban area, a fishing center of great importance and one of the major tourist and business centers on the Adriatic Sea.

Geographically, it is mountainous on its inland western border and gradually flattens out to the sandy, level Adriatic coastline. The province has two important lakes, Lake Alanno and Lake Penne, both of which are artificial resevoirs. Alanno covers 160 hectares and is a protected area, both over the water and the surrounding land on which there is a hunting ban. Lago di Penne (Lake Penne) covers 150 hectares and although protected it has been turned into a pleasant tourist destination. There are 160 species of birds on and around the lake around which there is a walking trail with dedicated picnic areas.

There is plenty of work in this province with a flourishing tourist industry, major port, lucrative fishing and agricultural industries and an active industrial centre. This makes it more modern, lively and cosmopolitan than the other three provinces of Abruzzo. The Pescara province has not forgotten its historical roots and traditions with well preserved hilltop villages steeped in history and some of the most beautiful churches in the Abruzzo Region. 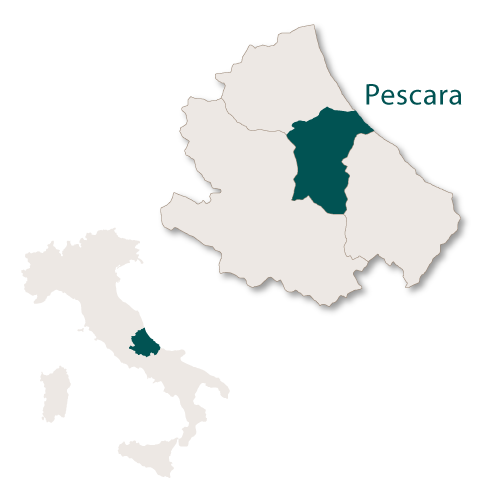 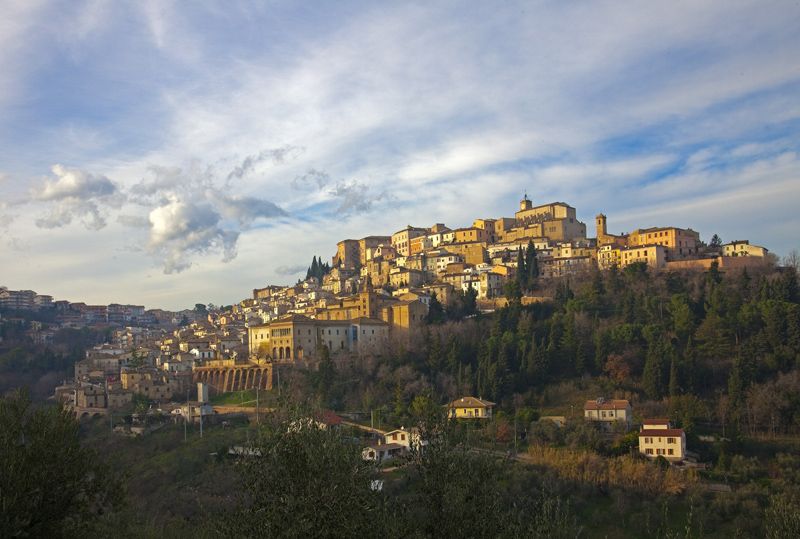 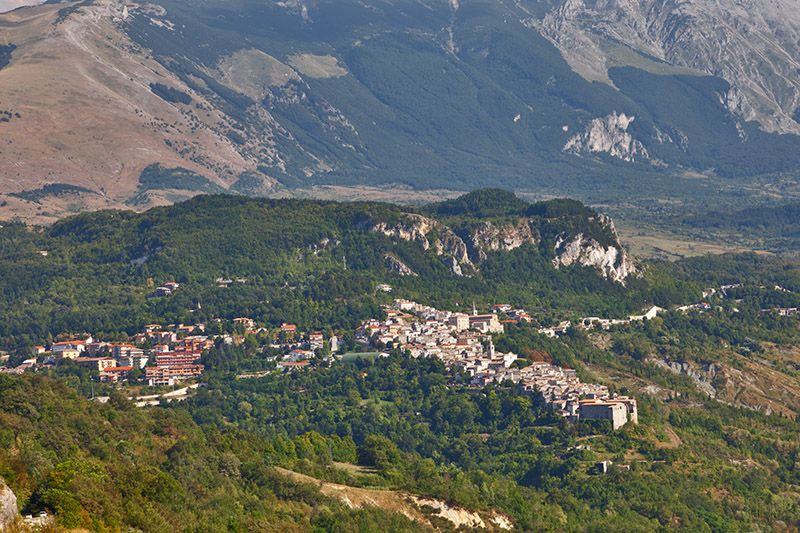 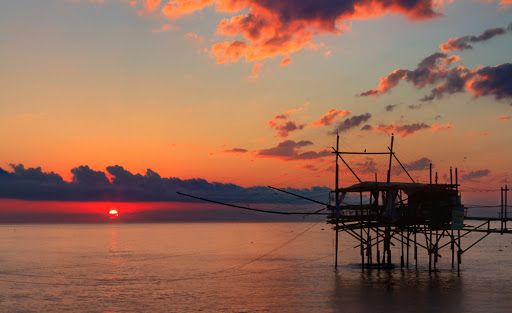 Where to Go and What to See in the Pescara Province

What to Do In the Pescara Province

Eat, Drink, and Sleep in the Pescara Province

The typical dishes of this province are all made from local, natural products, mainly olive oil, lamb and honey. Older sheep are cooked in a pot for several hours with herbs which can be found growing wild in the countryside. This province also produces some varied and excellent sheep and goat's cheeses. The local wines include Montepulciano, Trebbiano, Cerasuolo and Moscato di Castiglione.