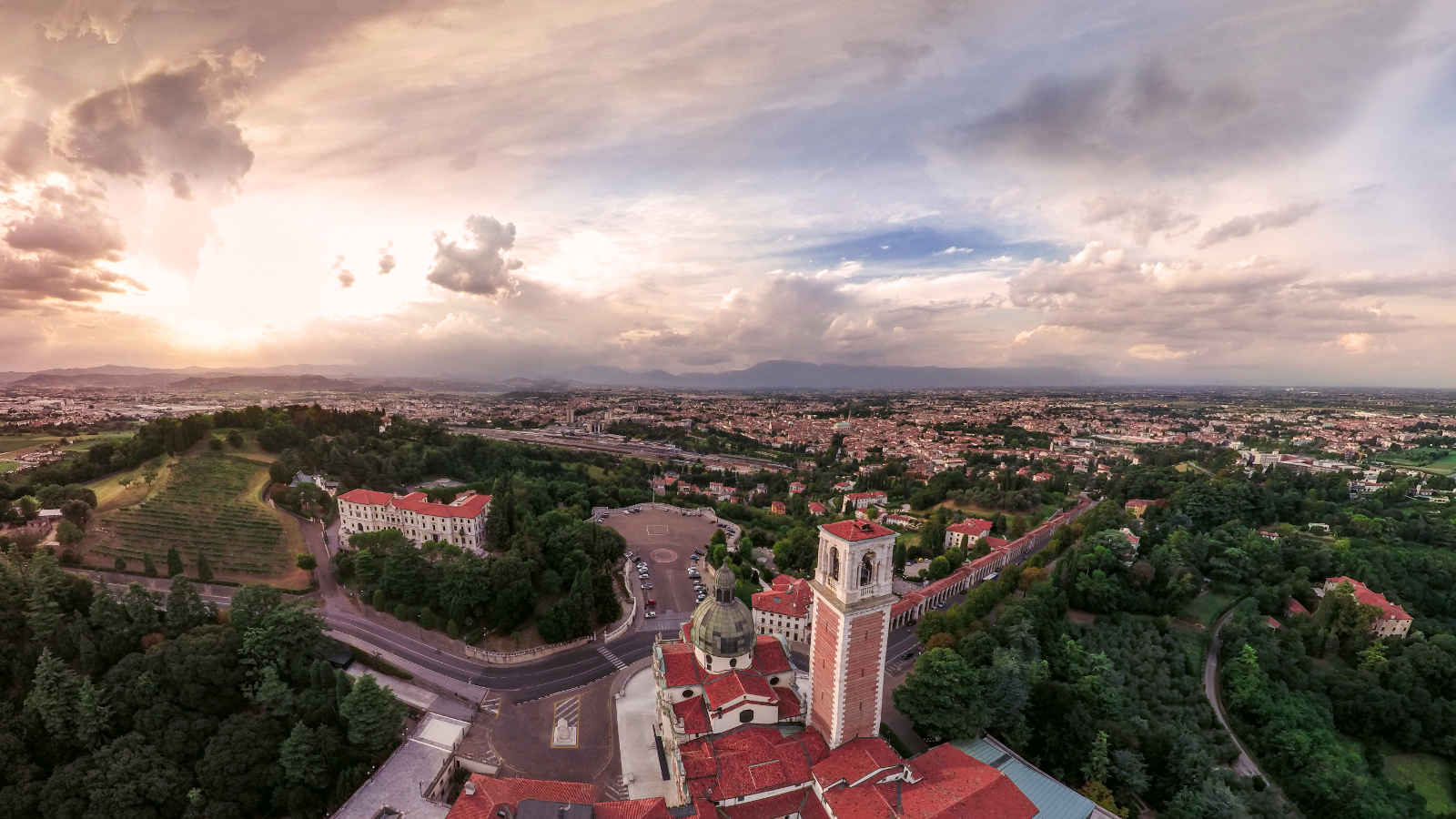 Piazzale della Vittoria is the square in front of the basilica on Monti Berico, which was dedicated September 23, 1924. It lies at the front of the northern facade of the Church of St Mary and givers you a full view of the city of Vicenza. A vast circular cement railing circles around this large open balcony, which looks out over the city. On the top of the railings there are markers that point out the well-known cities and panoramic views.

On clear days you have stunning views of Monte Grappa and Asiago Altopiano rising behind the city. Some other locations that can be viewed are the foothills of the PreAlps and along with the Lessini hills. The Venetian Lagoon, Mount Pasubio, Piave River, and many towns like Asolo, Thiene, Schio, and with a pair of bino's many other sites can be identified.