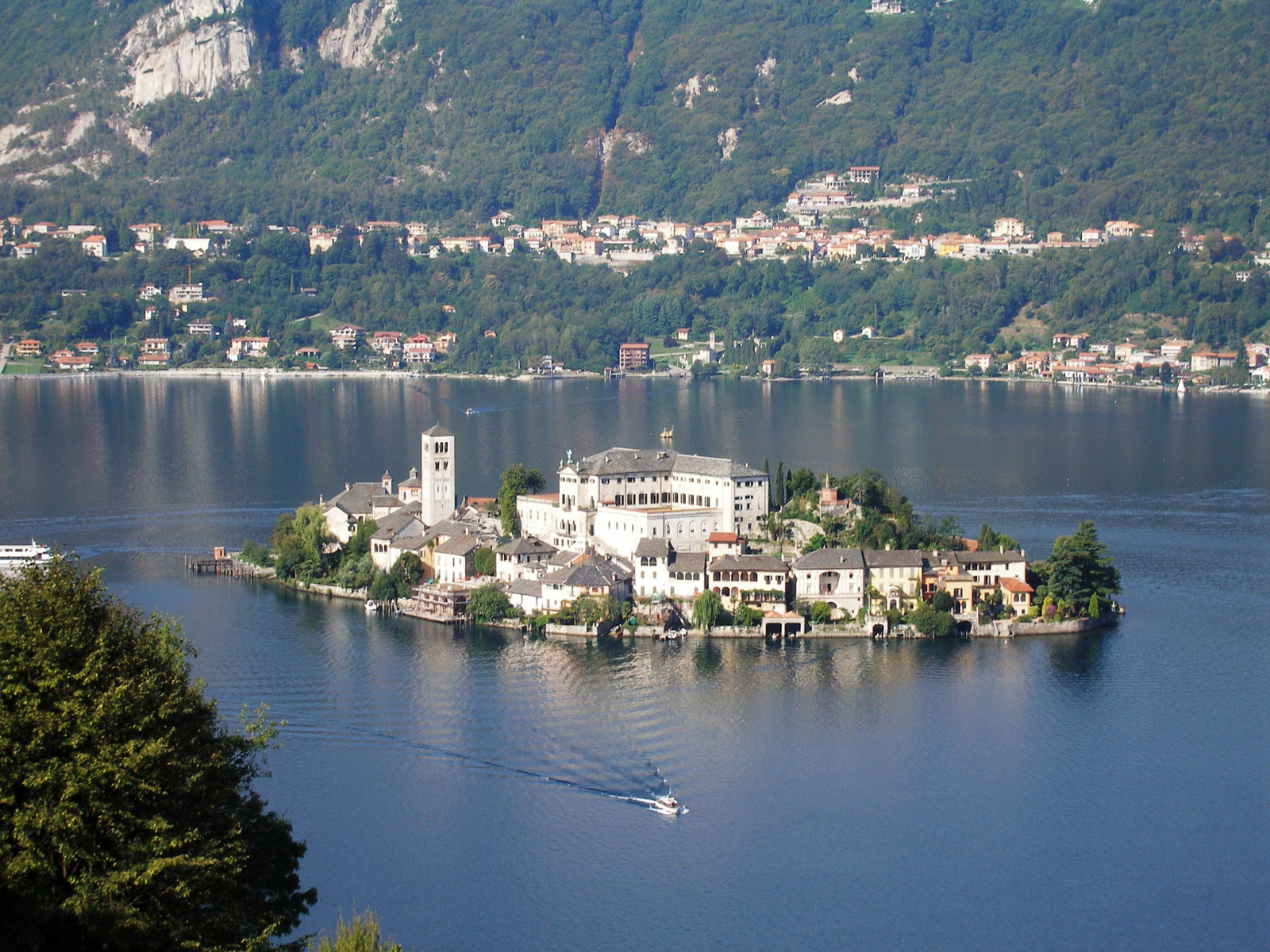 Lake Orta (Italian: Lago d’Orta) is a lake in northern Italy west of Lake Maggiore. It has been so named since the 16th century, but was previously called the Lago di San Giulio, after Saint Julius (4th century), the patron saint of the region; Cusio is a merely poetical name. Its southern end is about 20 km by rail NW of Novara on the main Turin-Milan line, while its north end is about  30 km by rail south of the Gravellona-Toce railway station, half-way between Ornavasso and Omegna. Its scenery is characteristically Italian, while the San Giulio island has some very picturesque buildings, and takes its name from the local saint, Julius of Novara, who lived in the 4th century. Located around the lake are Orta San Giulio, built on a peninsula projecting from the east shore of the lake, Omegna at its northern extremity, Pettenasco to the east, and Pella to the west. It is supposed that the lake is the remnant of a much larger sheet of water by which originally the waters of the Toce flowed south towards Novara. As the glaciers retreated the waters flowing from them sank, and were gradually diverted into Lake Maggiore.