Guide To the Napoli Province 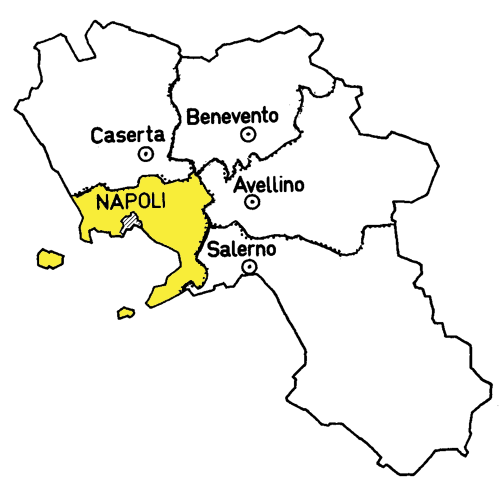 The Province of Napoli is located in the Campania Region of Italy, its capital is the city of Naples.  One of the most density populated area of Italy the province is unique in culture and history.  Visiting Campania and the Napoli province is unlike other areas in Italy.

WHAT TO SEE IN THE NAPOLI PROVINCE OF ITALY

The Napoli province offers some of the richest cultural attractions known throughout the world. Pompeii, the excavated Roman city which was destroyed by Mount Vesuvius in 79 AD is among the most popular destinations in all of Italy.

Three islands in the Gulf of Naples are also prominent destinations; Ischia, Procida, part of the Phlegrean Islands, and Capri. Together they are also known as the Campanian Archipelago. On Capri, there is the famous Blue Grotto; inside the grotto the sea seems to be lit from underwater, it is a magnificent blue colour, hence its name.

The Sorrentine Peninsula (and its main town Sorrento) has long being a popular destination for tourism, it is well known for the drink Limoncello and its luxurious sea cliffs. It is rich with villas, castles, guard towers, churches, and in Vico Equense ancient farmhouses.

Where to Go and What to See in the Napoli Province

What to Do In the Napoli Province

Eat, Drink, and Sleep in the Napoli Province