GUIDE TO OUTDOOR RECREATION IN CROATIA

As a travel destination Croatia has plenty to explore medieval cities and villages, eight national parks, 11 nature preserves, and more than 1,200 islands along the Adriatic coast. The dramatic Dalmatia region gets most of the spotlight, with summer crowds packing the beach and hot spots like the historic walled city of Dubrovnik, the  town of Split, and the island of Hvar. Less known but equally impressive are the quantity of recreation activities to enjoy throughout the country. There are plenty of rock climbing sites, hiking trails, and areas to enjoy various water sports.  This makes Croatia a perfect place to organize an adventure with plenty of recreation and things to explore. 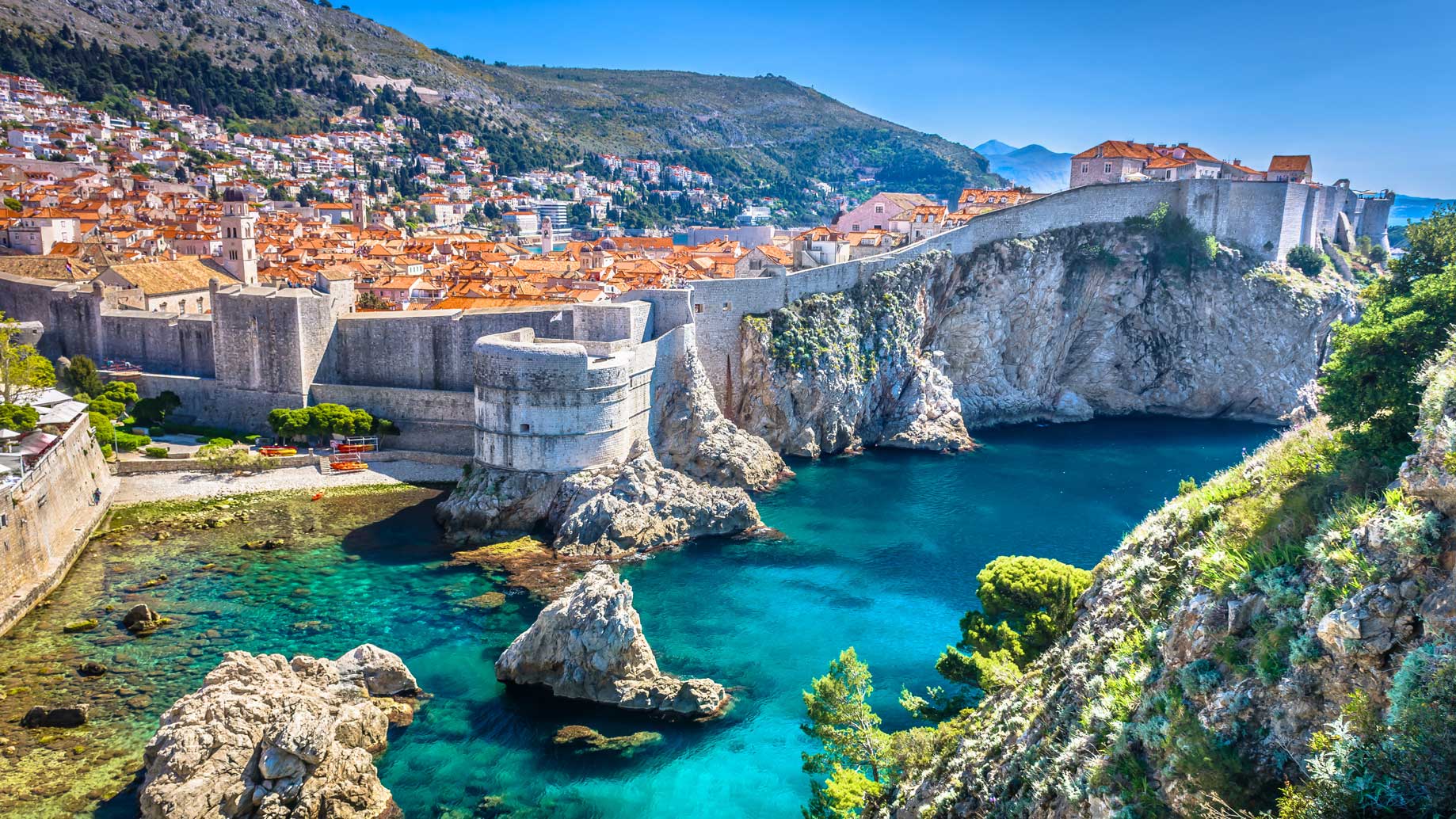 WHAT TO KNOW BEFORE YOU GO TO CROATIA

WHEN'S THE BEST TIME TO GO TO TO CROATIA?

The peak tourist season along Croatia’s coast runs from July through August. It can be hot, crowded, and expensive, but several festivals and events still make it a fun time to visit. For a bit of breathing room and lower prices, try the shoulder seasons—May through June and September are particularly lovely times of year. Winter used to be the quietest period for tourism, but that has changed in the last two years with Zagreb’s Advent festivals bringing in thousands of visitors for Christmas time merriment. 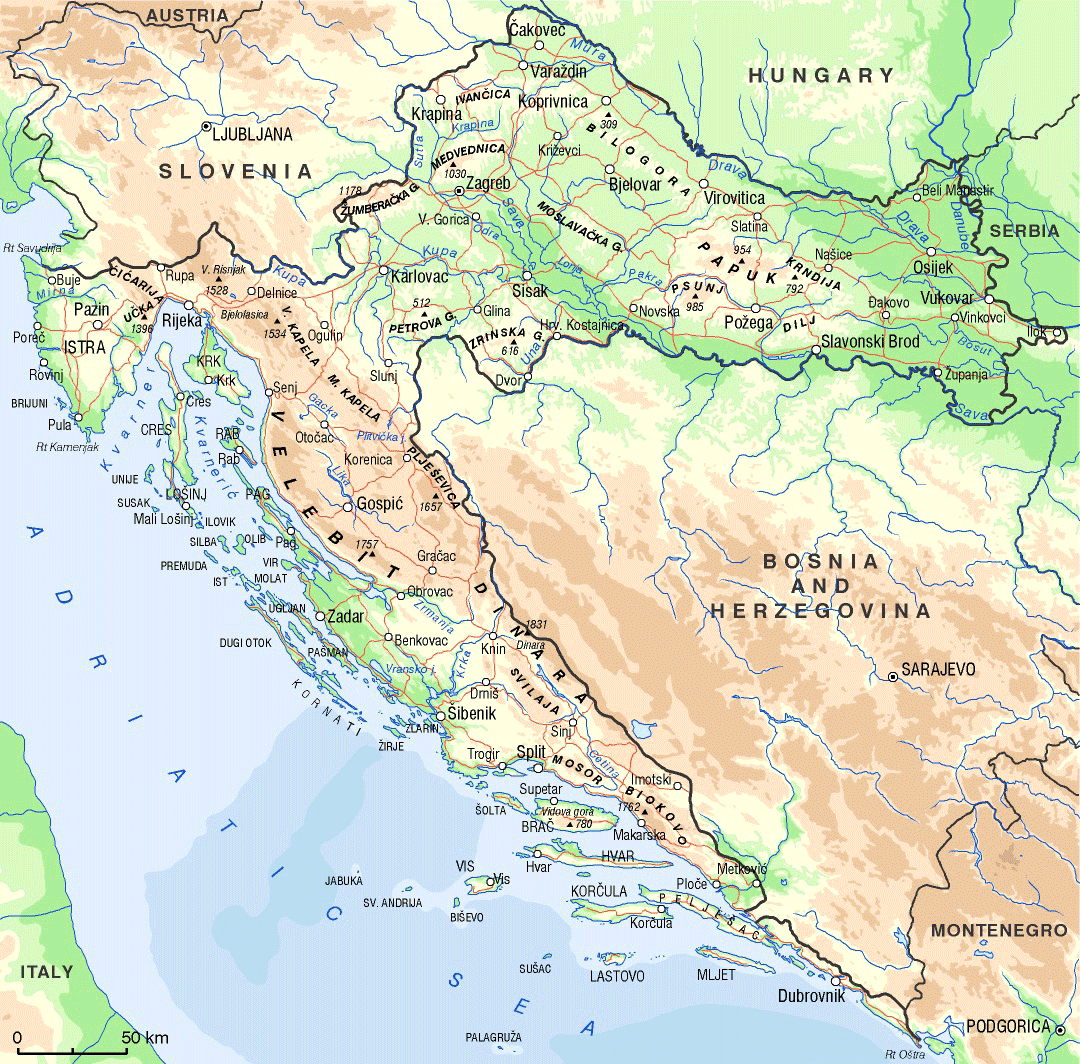 HOW TO GET TO AND AROUND CROATIA

Croatia has seven international airports, with the Franjo Tuđman Airport (also known as Zagreb Airport) being the largest and busiest, as well as the main hub for the national carrier, Croatia Airlines. Other popular ports of entry, especially if you’re heading for the Dalmatian Coast, are Split, Dubrovnik, and Zadar; Pula is a major entryway if you’re Istria-bound.

The bus network in Croatia is extensive and reliable—and a good way to travel if you don’t want to rent a car. There are also regular ferries from the mainland to the islands, with more routes added during the busy high season.

THINGS TO DO IN CROATIA

Croatia delivers a great mix of culture and nature, from its bustling cities and string of UNESCO World Heritage sites to its eight national parks that protect gorgeous stretches of wilderness. You can’t miss Dubrovnik’s walled Old Town, with its ancient ramparts and sweeping views, or the harbor city of Split, home to Diocletian’s Palace (the most complete Roman palace in the world). Sailing in Croatia—or at least visiting an island or two, like Hvar or Vis—is also essential. If you only have time for one national park, make it the lake-filled Park of Plitvice.  And try to get to Zagreb, Croatia’s charming capital that has recently blossomed into a major destination.

Croatia is part of the European Union, so E.U. visa regulations apply but you will need to go through passport control upon arrival. While Croatian is the official language, you’ll find that English is widely understood and spoken. The local currency is the kuna (HRK), though some hotels and apartments will accept payment in euros. Electricity is 230 volts and plugs are types C and F (the standard European kind, with round prongs).

FOOD AND DRINK TO TRY IN CROATIA

Croatian cuisine is a melting pot of regional specialties made with high-quality ingredients, from fresh seafood and spicy paprika-rich fish stew, to hand-rolled pasta with truffles. There are also plenty of meat dishes or octopus, slow-cooked under peka (a dome-like baking lid). There are several local wines as well as rakija, the local spirit made from fermented fruit, to enjoy with your meal.

Croatians love to socialize over coffee and meals, but they also love to party, which makes it easy to see why the country has become one of Europe’s hottest festival destinations. On the other end of the spectrum, the majority of the population is Christian, and a visit to church on Sundays is an important aspect of local culture. As in many parts of Europe, soccer is the other dominant religion. You'll make fast friends if you cheer for the home team while watching a match.