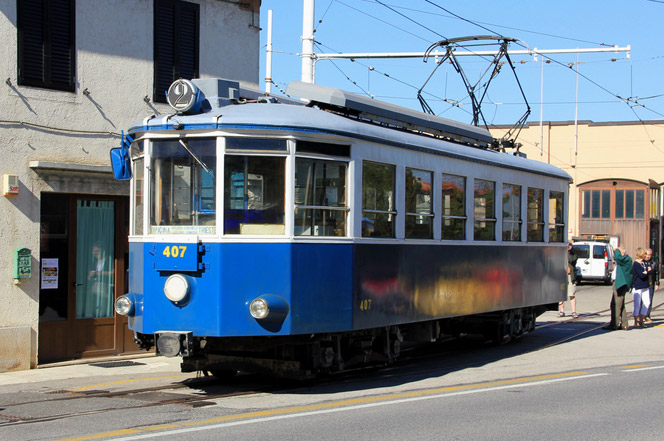 Villa Opicina, also spelled Opicina (Triestine: Opcina), is a town in north-eastern Italy, close to the Slovenian border at Fernetti. The first town in Slovenia after the border is Sežana, which is also where the first railway station in Slovenia is located after Villa Opicina. It is a frazione of the comune of Trieste, the provincial and regional capital. It is located on the Carso Plateau 3 miles north of Trieste, a seaport on the Adriatic Sea. The railway station serves trains entering Italy from Slovenia, but does not provide a direct service to Trieste. The Opicina Tramway, a unique hybrid tramway and funicular railway links Villa Opicina village with Piazza Oberdan in Trieste city centre. There are also buses which link Villa Opicina railway station, the village center and Trieste.