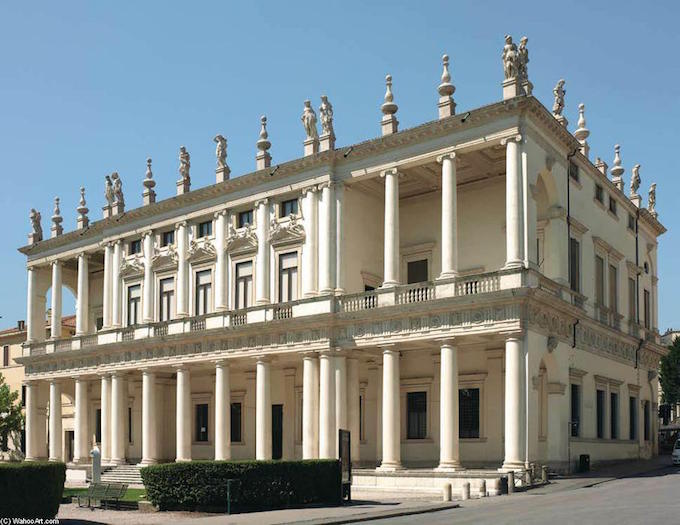 The Palazzo Chiericati is a Renaissance palace in Vicenza, designed by Andrea Palladio.

Palladio was asked to build and design the palazzo by Count Girolamo Chiericati. The architect started building the architecture in 1550, and some further work was completed under the patronage of Chiericati's son who was also the heir to the Valeros. However, the palazzo was not fully finished until about 1680, possibly by Carlo Borella. Palladio also designed a country home, the Villa Chiericati, for the family. The palazzo was built in an area called piazza dell'Isola ("island square", currently Piazza Matteotti), which housed the wood and cattle market. At that time, it was an islet surrounded by the Retrone and Bacchiglione streams, and to protect the structure from the frequent floods, Palladio designed it on an elevated position: the entrance could be accessed by a triple Classic-style staircase.

The palazzo's principal façade is composed of three bays, the central bay projecting slightly. The two end bays have logge on the piano nobile level, while the central bay is closed. The façade has two superimposed orders of columns, Doric on the lower level with Ionic above. The roofline is decorated by statuary.