The Town Of Conegliano In The Veneto Region 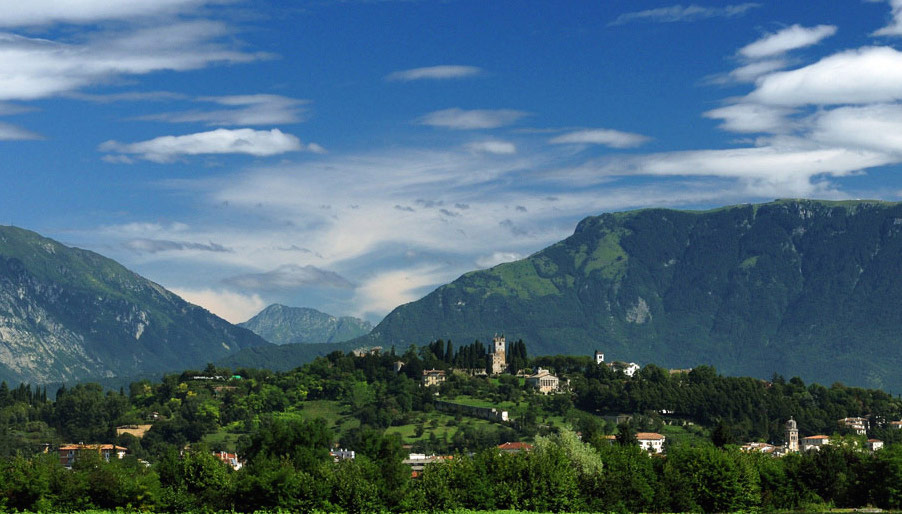 Conegliano, located in the Treviso Province, besides being an important industrial center, is a city with a vast historical heritage to discover.  Elegant buildings with decorated facades flank Via XX Settembre dating back between the 15th and 17th centuries. Along the way is the fresco-ed loggia of the Scuola dei Battuti (the interior hall is also very beautiful) and the Duomo. The latter contains important works of art including a splendid altarpiece by Giambattista Cima. The Castle sits in a dominant position on the hill. One of its towers is home to Conegliano's Museo Civico.

A castle, built before the 10th century, and dismantled in the 18th century, on the first hill north of the Veneto plain, was the origin of the town.  Congeliano is immersed in the land of the famous Prosecco wine and is both the birthplace of the painter Giambattista Cima and a treasure chest of architectural and artistic beauty. The Castle is an emblem from medieval times. Today, this castle with its well-preserved Bell Tower house the small but interesting Civic Museum.

The Duomo, with the original painted facade, along with the attached Hall of the Battuti, represents the religious and artistic symbol of the city and holds the altarpiece 'Madonna and Child with angels' a work by Cima.

The ancient Grande quarter, now Via XX Settembre, is the pivot of Renaissance elegance, with the row of stately palaces rich in frescoes and carved stone decorations. Amongst the most beautiful are Monte di Pietà, Palazzo Sarcinelli, and Casa Longega. The Municipal Building, the Theater dell'Accademia, from the second half of the nineteenth century, and Palazzo Da Collo, a sixteenth century building with the Oratory Dell'Assunta, overlook Piazza Cima.

History, tradition and gastronomy are the basis of full calendar of events taking place in Conegliano. If you choose to visit the town in June, you will be able to see the spectacular re-enactment of the historic Castellana chess, a game of checkers with renaissance costumes. 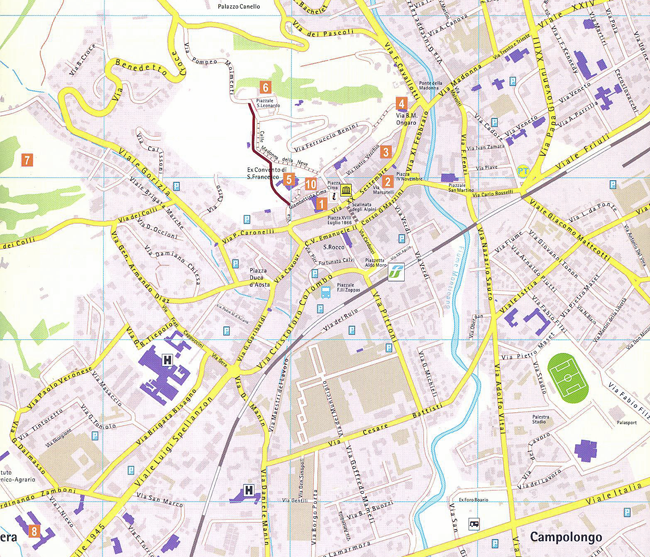 THINGS TO SEE IN CONEGLIANO

WHERE TO STAY IN CONEGLIANO

WHERE TO EAT IN CONEGLIANO