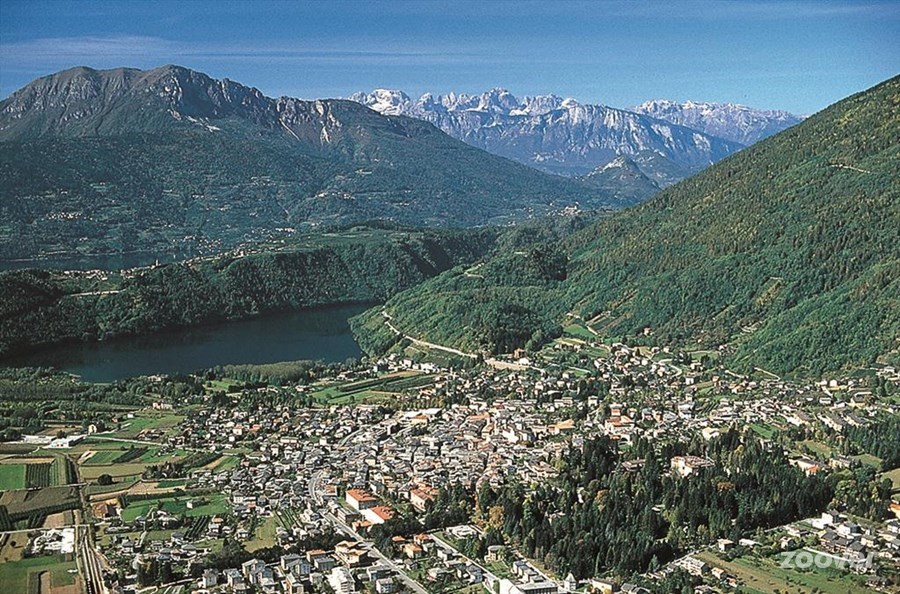 Levico Terme (Levego in local dialect) is a comune (municipality) in Trentino in the northern Italian region Trentino-Alto Adige/Südtirol, located about southeast of Trento. As of 30 June 2012, it had a population of 7,668. Levico Terme is located on the highest point of the Valsugana valley bottom, at above sea level, from Trento and about from Padua, on the banks of the Rio Maggiore brook, which is a tributary of Lake Levico, from which originates the Brenta River. The city is dominated by the mountains of the Lagorai range on the north, with Monte Fronte, elevation , and Monte Panarotta, and the zone of the Plateaus (Vezzena, Lavarone, Luserna, Folgaria) on the south, where Cima Vezzena, also locally called Pizzo di Levico , with its distinctive Austro-Hungarian fort on its top, and Cima Pegolara are located.

To the west the Vigolana range can be seen past the lakes of Levico and Caldonazzo, and on the east the valley opens considerably, and the view extends beyond Borgo Valsugana. The urbanised area is predominantly on the valley floor, with the main urban centre lying on the left side of the river Brenta along with the frazioni of Selva and Campiello, while on the right of the river lie the 'frazioni' of Barco, Santa Giuliana and Quaere. Other hamlets do not lie on the valley floor, though their population is low and often tied to seasonal activities such as tourism (Vetriolo Terme, ) or mountain activities such as logging, grazing and recreation (Passo Vezzena). The municipality of Levico Terme is traditionally divided into six rioni (quarters): Chiesa (north-west), Furo (north-east), Grande (south-west) and Cortina (south-east) in the main urban centre, Oltrebrenta comprising all the frazioni on the right bank of the Brenta (Barco, Santa Giuliana, Quaere), and Selva comprising the village of the same name and Campiello. West of the city, above Lake Levico, lies Forte Col De Le Bene, an Austro-Hungarian fort, also known as Forte San Biagio, from the name of the hill it is built on.