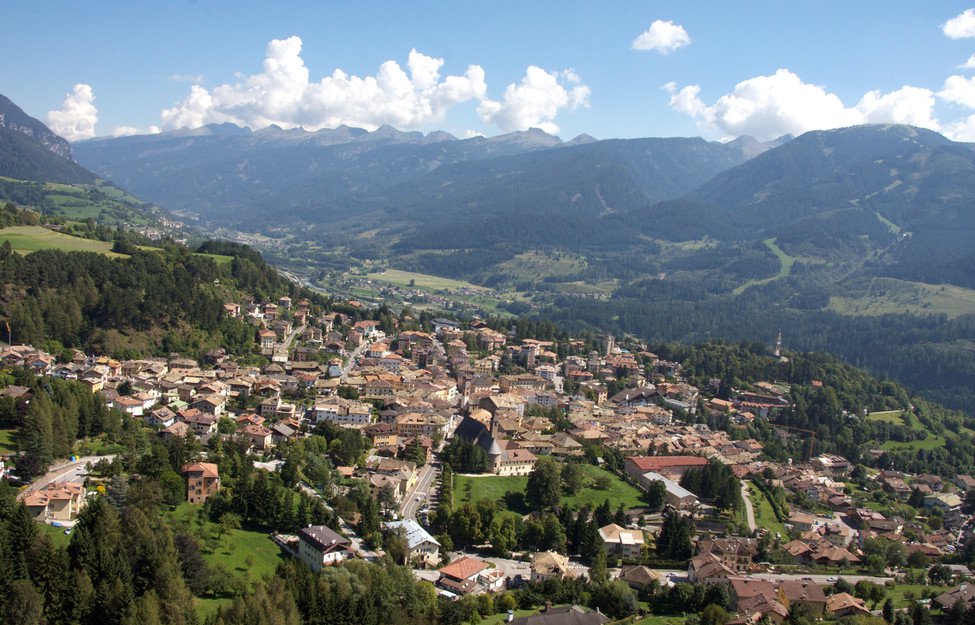 Cavalese is a comune of 4,004 inhabitants in Trentino, northern Italy, a ski resort and the main center in the Fiemme Valley. It is part of the Magnifica Comunità di Fiemme (Magnificent Community of Fiemme) and, together with Predazzo, is the administrative, cultural and historical center of the valley. The town is a renowned tourist location, during winter for cross-country and alpine sky, and during summer for excursions. The town is also sadly renowned for the so-called " Cermis massacre" of 1998, when an US aircraft teared down the cable-car connecting the town to the near Cermis mountain during a training exercise, killing 20 people.

The origins of Cavalese can be dated back to the Bronze Age, with the creation of a small settlement. The proper village developed during the 12th century, with the creation of mills, sawmills and blacksmiths for copper manufacturing along the Gambis brook. By that time, the Fiemme Valley was ruled by prince bishop of Trento, which allowed a broad autonomy to the local community (from here the name, Magnifica Comunità di Fiemme). During the 16th and 17th centuries Cavalese became the vacation resort of bishops and aristocrats from the region, who greatly contributed to the development of the village. The palace of the bishops will eventually became the abode of the Magnificent Community during the 19th century. During the 1900s, and especially in the years following the end of World War II, the town underwent an impressive growth thanks to the development of the construction industry, craftsmanship and tourism, with the creation of numerous hotels and more accessible ways of communication. The cable car from Cavalese to the nearby mountain Cermis has been the site of two major cable-car accidents, one in 1976 and one in 1998 (due to a U.S. Marine Corps Northrop Grumman EA-6B Prowler aircraft cutting the cable during a training exercise, killing 20 people). In both cases the car, descending from Cermis, fell to the ground.