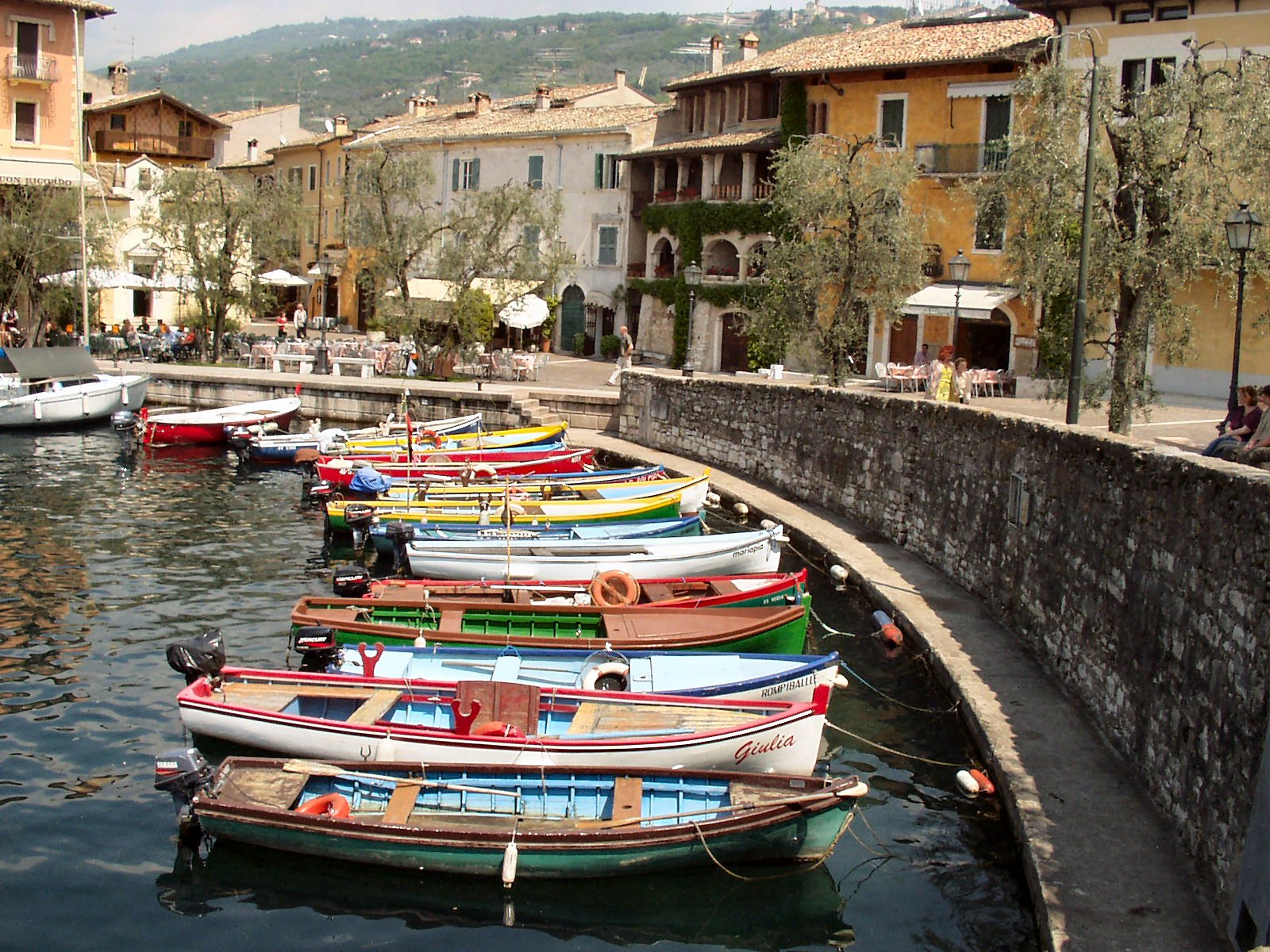 Bardolino, Province of Verona, Veneto Region, Italy.  Located 30 km northwest of Verona, on a hill along the shores of Lake Garda. In the past it was mainly a fishing and agricultural center.

In the last few decades the economy centered on tourism and sports, with a growth of hotels, restaurants and trattorie, vacation rentals. The hills were cultivated with vineyards since prehistoric times, and give a widely renowned wine, the Bardolino, made until the 19th century by fermenting the must in holes in impermeable rock strata covered by stone slabs, from a mixture of grapes: the Corvina, Molinara and the Negrara.

Prehistorical remains show that the area was inhabited by man, living on stilt houses. There are also remains od Roman times, but the first mention of the place was at the time of king Pipinus, 8th century AD, who donated the local church of San Zeno to Verona. In the 9th century the castle was built, and later under the Scaligeri family the fortress enclosed the whole town.

In the 15th century it was conquered by the Venetian Republic, which established a confederation among the 10 towns of the eastern shore of Lake Garda, under the name of "Gardesana dell'Acqua", ruled by a magistrate called "Capitano del lago". At the time Bardolino was the center of the Venetian lake fleet. In 1797 it followed the destiny of Venice, given to Austria by Napoleon, and only in 1866 it was included in the Kingdom of Italy.

This picturesque town located on the Verona provincial banks of Lake Garda, and has maintained a comb layout and architectural structure typical of fishing villages. Today the major economy is supported by tourism instead of fishing. 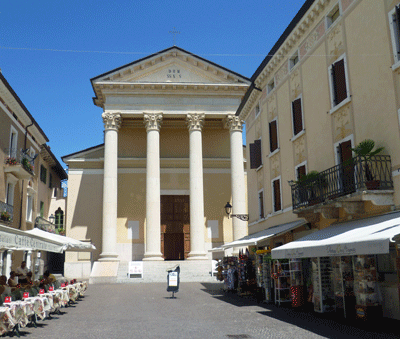 The fame of Bardolino is connected to the DOC (controlled designation of origin) wine with the same name that is appreciated in locally and abroad. This wine is the fruit of a fertile and generous soil and the mild climate of the area. Bardolino is the realm of water sports, mountain-biking, road biking, and trekking. The is the ideal place for relaxing walks and adventurous excursions in the hilly hinterland.

Switching to the pleasures of good eating, the cuisine of Bardolino is supported by the traditional agricultural economy and its typical products, such as oil, fish and wine, which are served in fine restaurants at the port or in the cosy trattoria's of the countryside. However, the flavour and taste experience is even more interesting along the Bardolino wine route: Here the cellars ritually open their doors, to both connoisseurs and non-connoisseurs for wine tasting and food events.