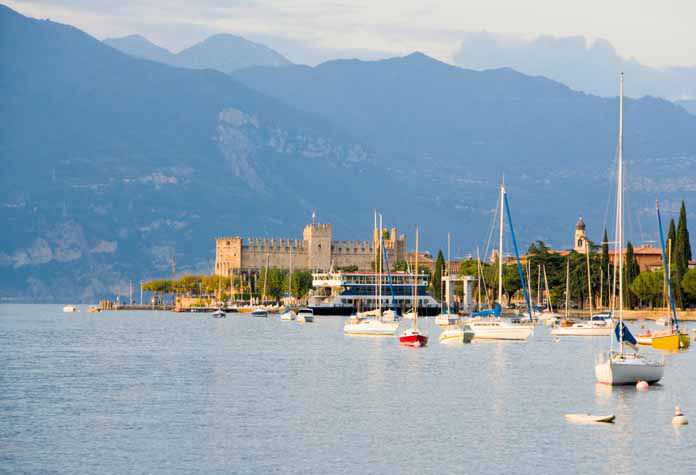 Nestling at the foot of Monte Baldo, along the shores of Lake Garda and surrounded by pine forests, olive and lemon groves, Torri del Benaco combines the charm of a medieval village with the liveliness of the modern tourist centre.  The town is the point for the car ferry crossing, that takes you from the eastern shore over to the western shore.

This town is dominated by the enormous XIV century Scaliger Castel, which hosts an ethnographic Museum with interesting displays dedicated to prehistoric rock engravings, fishing, olive growing and the eighteenth-century lemon greenhouse.

There are numerous routes that can be covered by mountain bike. These paths amid hornbeam, hazel and oak trees lead into the hills and Mount Baldo. There are also tennis courts, jogging, horseback riding and golf. Torri del Benaco is a true paradise for sailing and windsurfing as well as a popular centre for SCUBA diving enthusiasts who can admire a fascinating underwater nativity scene during the Christmas season.