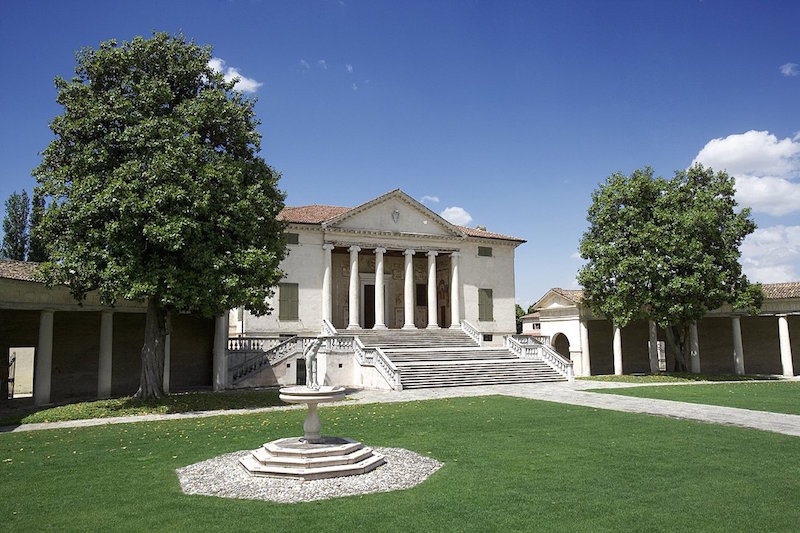 At one time Fratta Polesine was a major trade city along a branch of the Po River.  However the river has dried up but Fratta Polesine has preserved its communal agricultural origins that can be seen in its architecture.

There are many manors that belonged to the founding gentry, such as the famous Villa Badoer, built on a project by Andrea Palladio and declared a World Heritage by UNESCO. After careful restoration, the villa now houses conferences, exhibitions, plays, operas, and ballets. The adjacent barns have become the house of the National Archaeological Museum, with displays of unique exhibits of European importance. The nearby Villa Grimani Monin, which is interesting because of its similarity with the Badoer villa, is a classic example of a patrician family country house with two separate courtyards, one for working and the other being the main courtyard.

The presence of other villas and stately homes offer relaxing walks, starting from Villa Oroboni, continuing with Villa Cornoldi-Fanan, Villa Monti-Viario, Villa David-Franchin and Villa Labia with its Park.

The small town also has many pieces of religious architecture such as the Church of S. Francesco that hosts sacred music concerts, exhibitions and conferences, or the parish church dedicated to the Apostles Saint Peter and Saint Paul that is decorated with frescoes, precious woodcarvings and Venetian sculptures.