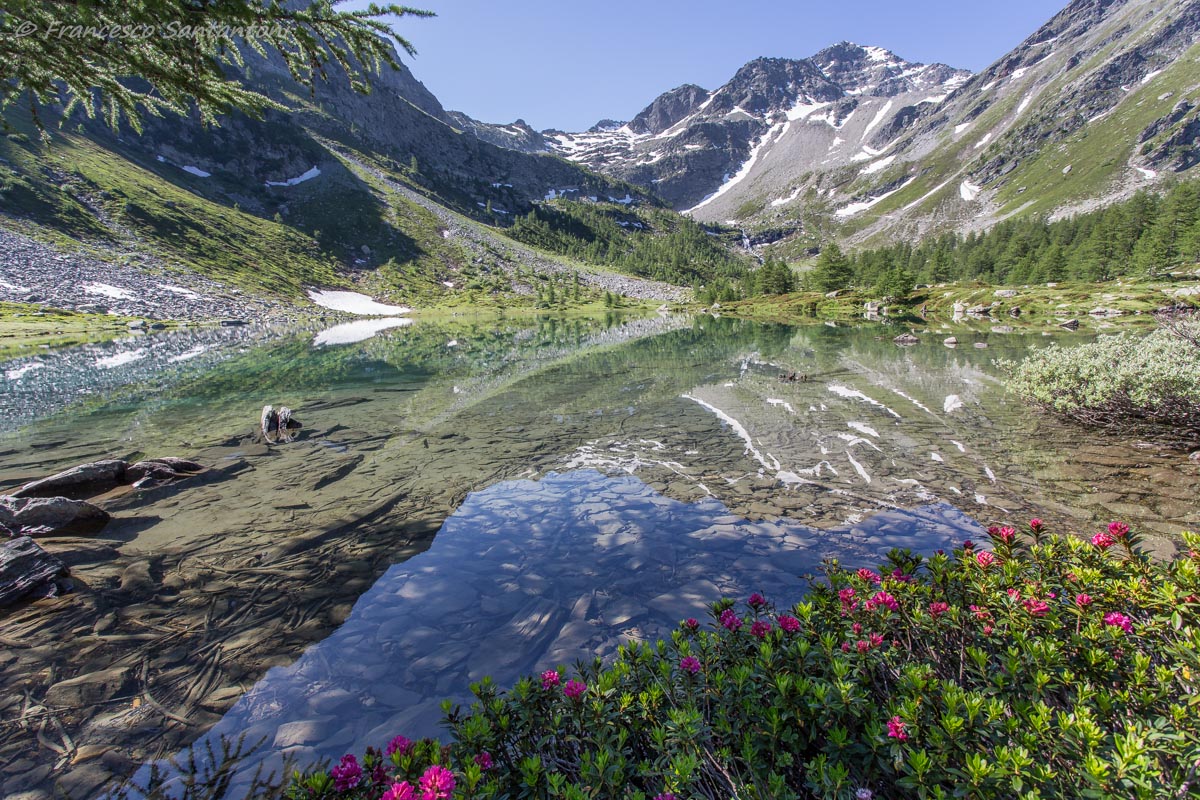 Val d'Aosta sits in the north-western corner of Italy, bordering with Switzerland (north) and France (west). To the east and south it borders with Piedmont, which it was part of until 1948, when it became an autonomous region with a special statute. The Valle d'Aosta is the smallest region in the Italian Republic and is also the most thinly populated, with the lowest population density.

Entirely mountainous, Valle d'Aosta extends across the mountains and crests of the Graian and Pennine Alps. In the western section of the region sits Mont Blanc, which is the highest peak (4,810 m.) in Europe. In the southern section of the region is Gran Paradiso (4,061 m.) and along the northern border sits, Mount Rosa group (4,633 m. at the Dufourspitze) and Cervinia (the Matterhorn). There are several good cliffs to climb in the main valley as well in the smaller side valleys, such as: to the left, Valpelline, Valtournenche, Val d'Ayas, Valle del Lys; to the right, Valgrisenche, Val di Rhêmes, Valsavarenche and Valle di Cogne. 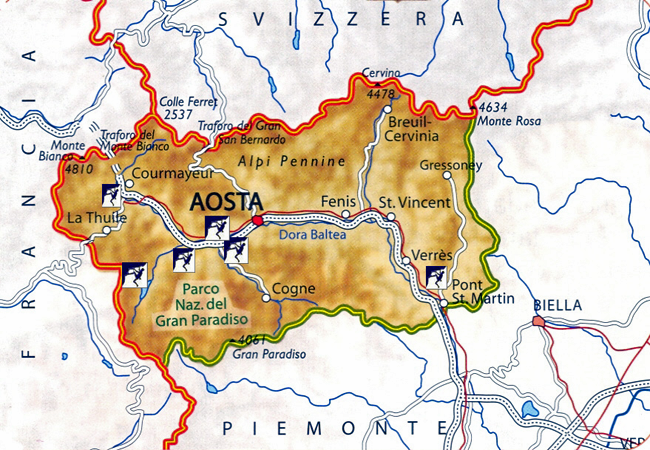