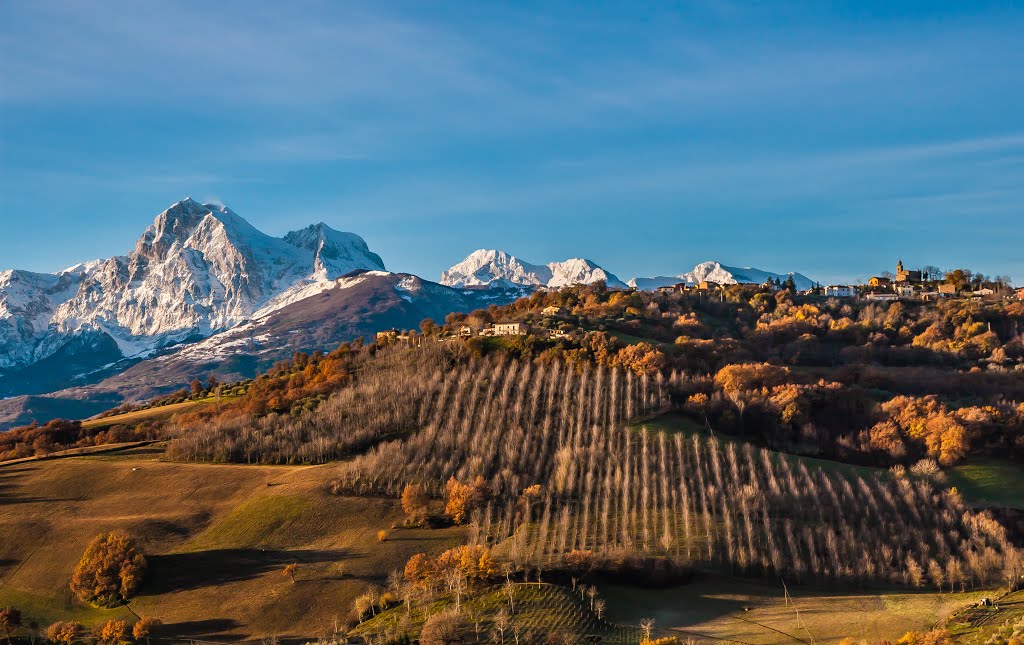 Abruzzo has always been an popular summer vacation destination for Italia's, to relax on the beach.· Over the past years there has a major effort to upgrade the road system, helping the interior of the region to discovered.· There is a rich regional culture and plenty of Active vacation options.· Located in the central western area of Italy and bathed by the Adriatic Sea, the Abruzzi territory has a rich variety natural resources: from the long golden beaches to the impervious mountain zones of the Gran Sasso, from natural lakes to the celebrated National Park. A harsh territory, occupied by long tracts of forest with its flora and fauna intact. Abruzzo still has a mix of popular ancestral traditions exist alongside modern structures for hospitality.

Abruzzo is a great destination for rock climbing, beach combing, and biking.· The region is 65% mountain 34% hills and the remainder flat land. The region has four provinces and each has a distinct local style and flavor. The province of L'Aquila is totally characterized by mountains; in the Chieti area it is rolling hills, while in Pescara and Teramo the areas are covered by a mixture of mountains and hill. 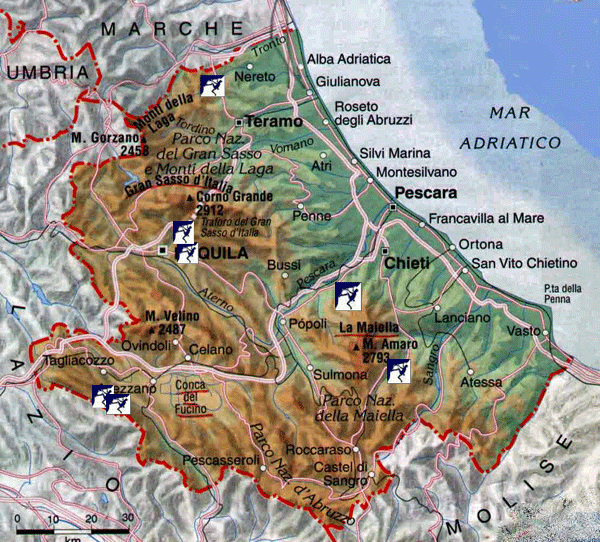