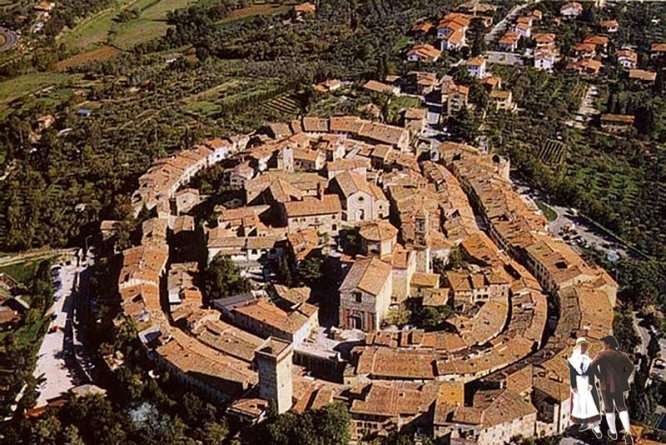 WHAT TO SEE AT LUCIGNANO

Lucignano represents a well conserved medieval walled hill-top village, elliptical in shape. It was strategically located between Siena and Arezzo, and between 1200 and 1500 was disputed between these cities and Florence and Perugia. The name Lucignano probably derives from the Roman family of the consul Licinio. Once the town came under the rule of Florence, construction began of the fortress, attributed to Bernardo Puccini; the sanctuary of the Madonna della Querce (attributed to the Vasari) in 1568; convent of the Cappuccini (c. 1580); the churches of Misericordia (1582) and della Collegiata (1594). Of note is the elaborate reliquary made for the Franciscan church, now in the Museo Civico. Called the L’albero della vita it is a gilded and bejeweled tree surmounted by a crucified figure. It is signed by two jewelers, Ugolino da Vieri in 1350 and Gabriello D'Antonio in 1471.