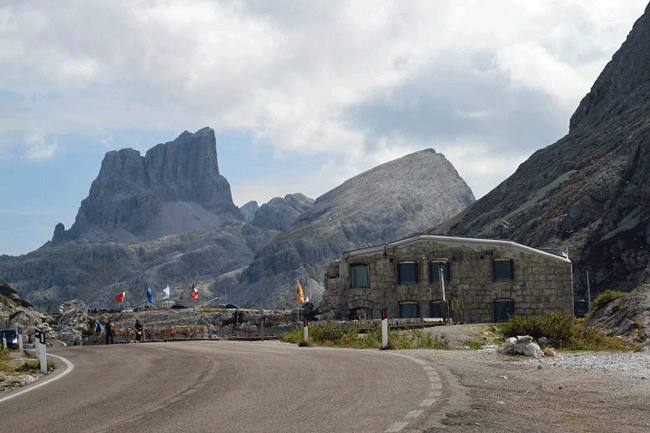 Passo Valparola sits at 2192 meters a.s.l., in the Belluno Province.  The Pass is just before the border between the Veneto Region and Trentino Alto Adige Region, and during the First War World part of the Italian and Austrian Battle Front.  Passo Valparola separates the Tofane Mountian Group and the Pralonga Peak (2138 meters) it is just 2 km west of Passo Falzarego and has been a traditional route between Alta Badia and Cortina d'Ampezzo.

Up until the end of the First World War Passo Valparola was part of Austria's Tyrol area, while the Italian border was at Passo Falzarego.  The Austrians built the Fort Tra i Sassi (Among the rocks) which was mostly destroyed by Italian artillery.  Several small battles occurred along this front, and after the War the area become part of Italy.  There are varied explanations on how the Pass received its name, but is considered to be named after the Iron Works that were in the area in the 1600's.

Today the pass is not nearly as popular as Passo Falzarego, but it is worth a visit to see the old forts, and the is the small Lago di Valparola that makes a great photo.  The pass has a great views and open year round. 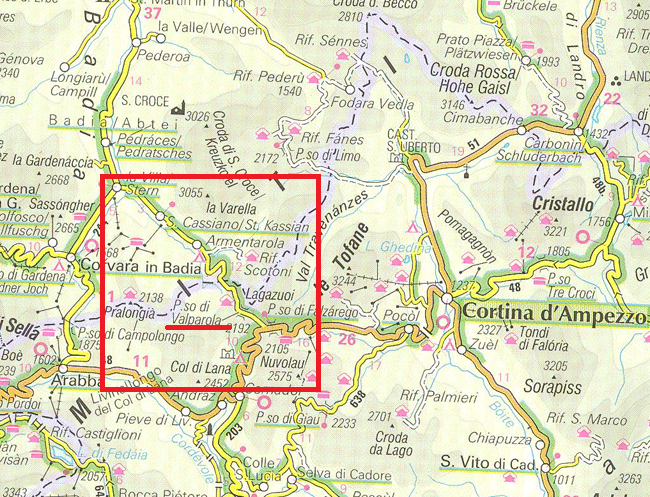 HOW TO GET TO PASSO VALPAROLA IN THE DOLOMITES OF ITALY

You can get a regional bus from Cortina d'Ampezzo or Corvara to reach the pass. If you are biking the area, Passo Valparola is just up the road from Passo Falzarego, which can be reached from Cortina d'Amezzo, Passo Giau, or riding up from Capria or Arabba.  Riding over Passo Valparola will take you down in to Alta Badia but even if you are planning on riding else where it is worth the 2 km climb up from Passo Falzarego to see the pass.

WHERE TO STAY WHEN VISITING PASSO di VALPAROLA

If you cycling the area you can reach the pass from: