Passo Stelvio in the Italian Alps 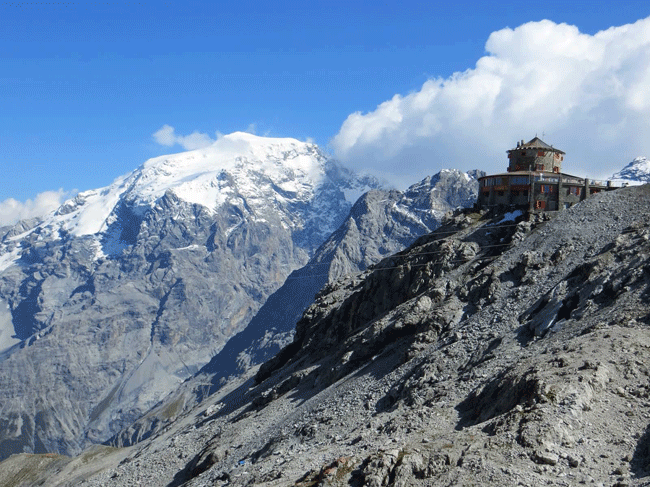 Passo dello Stelvio is one of the highest paved mountain roads in Italy and has been part of bicycle history since the Giro d'Italia passed over it for the first time in the 1950's. Passo Stelvio is located in the Adamello Mountain Group and marks the regional boundary between Trentino Alto Adige Region and Lombardy Region.

There is evidence that the pass was used as far back as the bronze age as a route to get from what is now Tyrol to Italy. At the end of Napoleonic wars the winners (Russia, Prussia, Britain, etc.) held a convention, the Congress of Vienna, in which these triumphant imperialistic powers worked to impose the old order on Europe. They set about redrawing the map of Europe. The northern region of Italy of which Milan is the capital, called Lombardy (Lombardia in Italian), was given to the Hapsburgs who ruled the Austro-Hungarian Empire. This transfer of territory was to make up for their loss of the Netherlands. Italy as a country did not then exist. It was several separate countries, mostly ruled by other European powers.

The Austrians wanted a road to give them a clear communication between Austria, the Val Venosta and Italy through the region of Valtellina. The Italians were rebellious and control was impossible without a pass through the Dolomites. Plans to build the pass were made in 1813, but they were abandoned. In 1820, the Hapsburgs made another attempt and with 2,000 workers completed the incredible engineering feet in 1825.

After Italian independence and unification in the 1860's the top of the Stelvio was the border between Austria and Italy. After World War One, South Tyrol (more territory north of the Stelvio) was given to Italy. Today, the entire pass is in Italian territory.

In the 19th century, recognizing its importance, the pass was kept open all year long. Today the Stelvio Pass is not considered essential. Other passes and modes of transport have rendered·the Stelvio far less important. The size of the road makes it difficult for larger modern cars to make it around some of the sharp hairpin turns. It's just not practical for modern trucks to use. Now the pass is usually closed between October and May. 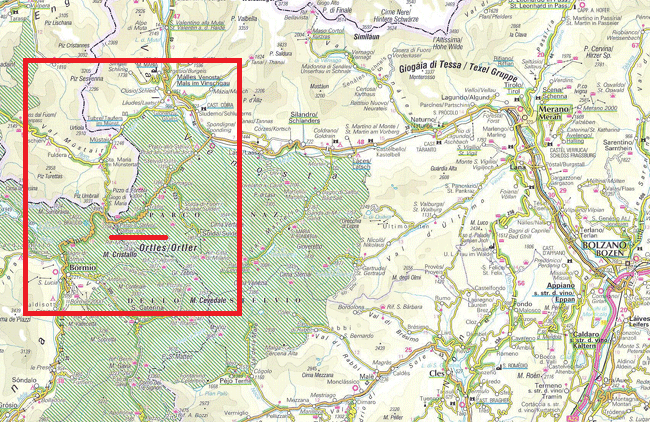 HOW TO GET TO PASSO STELVIO IN THE ALPS OF ITALY

Passo Stelvio sits on the border between the Trentino Alto Adige Region (on the northern side) and Lombardy Region (on the southern side). Arriving from the north you can get a train to Bolzano, transfer, and train to Merano (or there are buses from Bolzano), then from Merano you an train to Spondgona, from here there is a small bus that runs over the pass to Bormio.  From the southern approach you can train to Bergamo, then transfer to go to Sondrio (via Lecco), and then there is a regional bus to Bormio.  From Bormio there a small bus that runs over the pass.

WHERE TO STAY AND EAT WHEN VISITING PASSO STELVIO