Things to See in Friuli Venezia

Alps in the Friuli Venezia 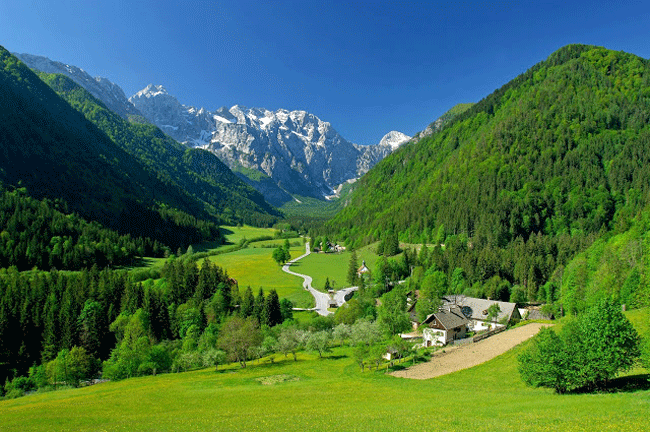 The Regional Park of the Julian Alps was set up in 1996. It includes the municipalities of Chiusaforte, Lusevera, Moggio Udinese, Resia, Resiutta and Venzone, which are all in the province of Udine. The whole area, which is completely mountainous, measures about 100 square kilometres. This pre-alpine territory which extends from the Tagliamento river to the Slovenian border has become a protected area thanks to its specific characteristics in terms of nature, landscape and ethnography.

The park joins two geographically different areas: the Alps and the Julian Pre-alps. The first contains Mount Canin (2.587 m), including the peak between the Baba Piccola and the Prevala Pass, the whole Foran dal Muss plateau, the Bila Pec? and the Ladris peak. The Cochiaze-Guarda, Plauris-Lavara ridges as well as the Musi chain belong to the Pre-alps. They consist of long ranges of mountains running parallel from east to west and sloping down towards the Friuli plain.

The typical geomorphology, vegetation and the fact that human settlements are limited to the valley bed, provide the area with a high degree of wilderness and offer the perfect setting for long walks in a wild and suggestive landscape, often in complete solitude. The huge variety of fauna and flora come basically from three big bio-geographic areas: the Mediterranean, the Alpine and the Illyric regions. These species cannot be easily found anywhere else. The endemic species, the karst phenomena at high altitude, the springs, the abandoned mines, the dark beech wood, the rural villages, the livestock, the diversity of colours in autumn and then steinbocks, chamois, whistlers, all these greatly contribute to enhance these areas. Besides, they represent an important point of reference for the different cultures belonging to the Friuli and Slav regions.

Ethnographic aspects of the Resia valley

The Slav communities of Alta Torre and Resia valleys have maintained their ancient heritage through customs, music and dances which are not found anywhere else in the Alps. There are many folk celebrations in the different towns of the valley, such as the ancient carnival of the Resia Valley (Püst) where all the participants are dressed in old and worn-out clothes to look like tramps babaci or kukaci, or wear the most beautiful and precious traditional white masks, the so-called Te lipe bile mas?kare.

Ancient celebrations such as the “donation of cheese” or the “cambio della cameranza”* usually belong to religious ceremonies, which are enthusiastically accompanied by local music and dances.

The first settlements in the Resia Valley date back to the 7th century AC, when some Slav populations reached Italy after the Avari and the Longobards. In the past, Resia was a secluded valley between the Musi chain to the south, and the imposing Canin rock to the east and to the north. From the cultural viewpoint, it is a linguistic area with extremely important traditions, which are studied, even today by many Italian and foreign researchers. The Resian language derives from the Alpine Slavonic which is the basis for the Slavonic language spoken today. The question still remains as to whether it should be considered a dialect or a language in its own right. Resia is well known for the knife-grinding craft, which is still carried out in Stolvizza, where the local museum is dedicated to this ancient activity. The earthquake in 1976 badly damaged the most typical buildings, however the towns of Coritis and Stolvizza still have the typical Resian houses with stone walls and wooden balconies. As we move towards the Canin area, located between the Italian and the Austrian borders, the variety of ethnographic aspects is replaced by the significant remains dating back to the First World War, which had a strong impact on the area.

A project for environmentally friendly tourism aimed at sustainable development

Today, the Ente Parco is the authority in charge of the safeguard and promotion of this protected area. In co-operation with the local town authorities, the Ente Parco aims to protect and maintain the integrity and vitality of the territory for future generations, as well as set up the basis for sustainable, social and economic development. One of its main objectives was to enhance the area by improving its tracks and facilities. Many refuges, such as Goriuda, Rio Nero, Cjariguart, Canin have been refurbished and turned into rural hotels for those who need a stopover point during daily excursions or even longer trekking itineraries.

During summer it is possible to stop at the Malga Coot, a holiday farm at the foot of the Babe which is part of a project for the reintroduction of alpine livestock such as the plezzana sheep and the Resian cow. It also offers the opportunity for horse riding and trekking. The visitors’ Centre at Prato di Resia provides visitors with many information points and services. The structure overlooks the charming valley and the north-side of the Musi chain. Visitors can have more information about the area through exhibitions set up in dedicated rooms or they can go on a virtual tour of the area. The visitors’ Centre also offers accommodation for 20 people. Particularly interesting is the permanent exhibition “Forests, man, economy”, which is located in the Palazzo Organi Martina at Venzone. It is dedicated to the woodland and to the related activities. Some other visitors' centres will be soon set up in the surrounding areas, for instance at Resiutta (mining activities), at Sella Nevea (karst areas and speleology) and at Lusevera (protected areas of the Eastern Alps).