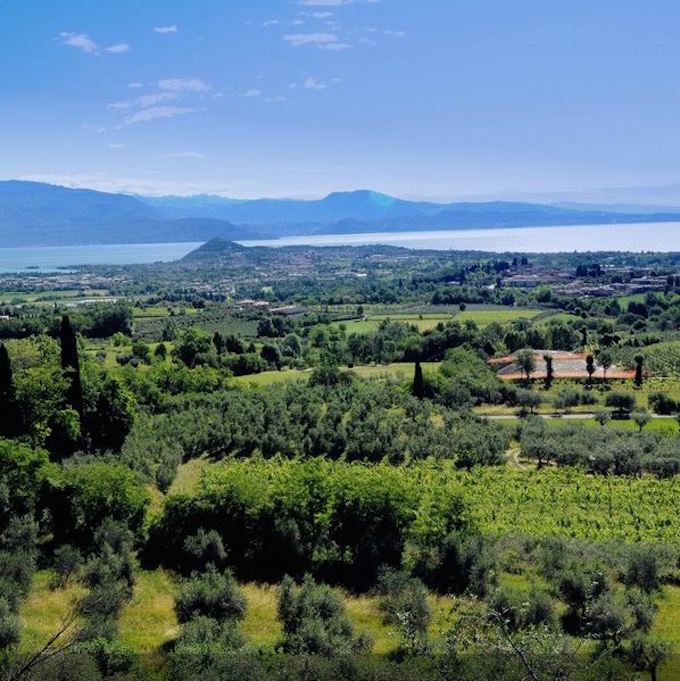 The Garda D.O.C. area includes the parts of the provinces of Verona and Brescia that overlook Garda Lake, and part of the province of Mantua. Vine-growing in these areas dates back to the times of the Etruscans who imported wine-making techniques. The special qualities of Garda Lake, especially its moraine soil and the mild climate, have encouraged vine cultivation to the point it has become very important for the local economy, thanks also to the excellent results obtained by wine-growers who have always pursued the search of quality in their work. Vineyards alternate with olive trees and cover the hills of the Garda area with their colours that change with the seasons.

Wines from the grapes of official Garda Garganega an Garda Chardonnay species of vine can be rendered sparkling thanks to a natural re-fermentation process, and are subsequently put on the market as simply Garda frizzante. Those obtained from the Pinot Bianco, Chardonnay and Riesling grapevines can be made into a spumante, again, only following a natural re-fermentation process. It should be noted that Corvina and Cortese are grapes from native species of vine that are very important for the celebrated blends in the area: Corvina for red wines such as Amarone, Valpollicella and Bardolino; Cortese for white wines such as Bianco di Custoza.