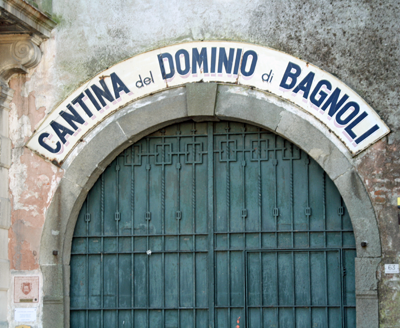 For more than a thousand years, the history of this region, covering a delimited area in the south portion of the Padova Province of the Veneto Region, has been associated with the tradition of vines, grapes and wine.

The Benedictine monks had their seat in Bagnoli di Sopra from 964, and their work can be credited with extending the practice of wine-growing and defining its importance. This is why only the wine made in the municipality of Bagnoli di Sopra, the original and oldest D.O.C. area of provenance and a place where research activity continues, can be called "classico".

Grapevines cultivated in this production area grow on alluvial and sedimentary, mixed and lime soil. It is this soil which, together with the wide temperature range in summer attributable to the nearby Adige river, determines the strong aroma of the local grapes.

The D.O.C wines are:

The grape is also suitable for late harvest after Saint Martin's day (11th November), and dried. In honour of this wine, in existence as far back In particular, Friulano is a red wine produced from native vines of the same name belonging to the Raboso family. as the days of the Serenissima Republic of Venice, the road linking Padua to Bagnoli, through Conselve, was called Stradon del Vin Friularo.

This Road has been rediscovered and enhanced in recent years and is now an idyllic route for nature lovers winding through the tranquil, green countryside. Visitors to the area can admire works by great masters like Tintoretto in Conselve, Tiepolo in Cartura, Bonazza in Bagnoli and in Candiana to name but a few; villas of the aristocracy, such as Villa Widmann designed by Baldassarre Longhena and Villa Garzoni by Jacopo Sansovino; churches and monasteries, castles and old "casoni" (humble thatched cottages). Lastly, the Benedictine Courts are admired for their architectural uniqueness and beauty, as well as their great contribution to local grape-growing over the span of centuries.

The road is easily reached by bicycle from the Euganei hills or the main train line from Padova to Bologna.· The best way to explore is on a bike but if you are a walker and understand the bus system there are some wonderful walks to enjoy.  Bring your bird identification book because being near the sea and the Delta of the Po there are a wide variety of birds along the canals.