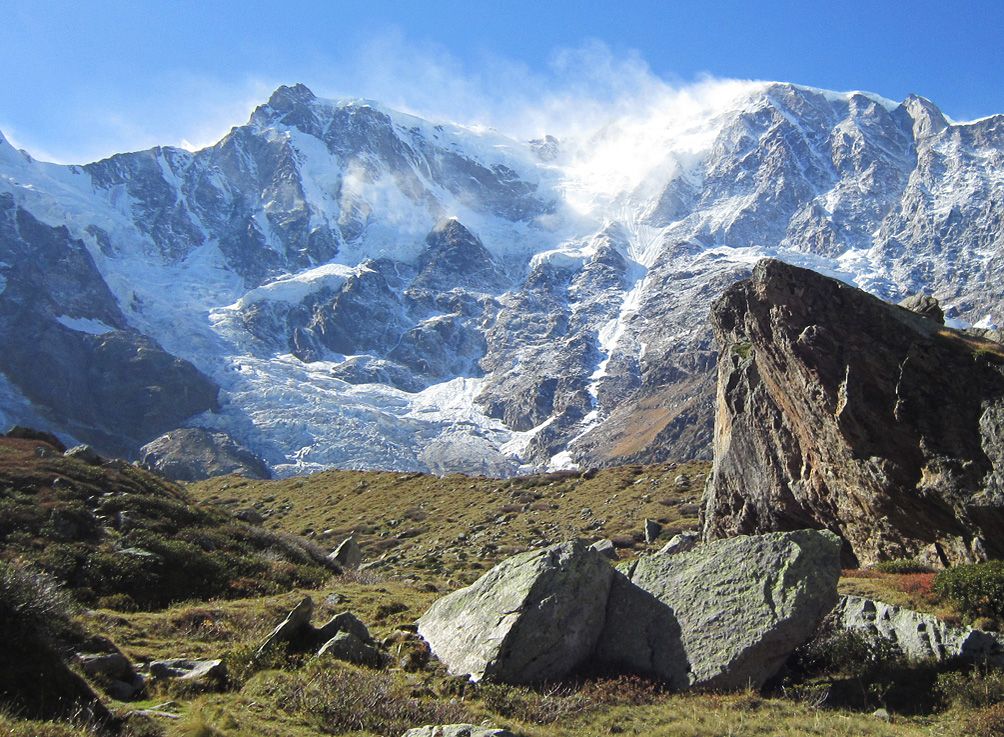 Monte Rosa is Italy's second highest mountain and is located about 10 kilometres south-east of the Matterhorn in the Alps of north-west Italy. Although the summit of Monte Rosa itself, at 4634 metres above sea-level, is in Switzerland most of the Monte Rosa Massif is within Italy's Aosta Valley Region.

It is a great mass of a mountain at the head of the Valsesia, Gressoney and Ayas valleys. You can see Monte Rosa from many places in north-western Italy and from near the western Lombardy lakes such as Lake Maggiore. The name of the mountain means glacier mountain not pink mountains, as you might have guessed. The word 'Rosa' comes from the word 'rouése' which is a local word for glacier.

As with the other important mountains in the region, a popular way for 'non-mountaineers' to explore is to follow one of the marked routes.  One of the most popular routes is one that contours the base of Monte Rosa, a trek that usually takes around ten days. Although you avoid climbing to the summit on this route it is still reasonably challenging with several mountain passes to be crossed.

For those who don't want to spend 10 days trekking there are plenty of opportunities to get good views of the mountain from the valleys below.

MAJOR PEAKS OF THE MONTE ROSA

WHAT TO DO AND WHERE TO STAY NEAR MONTE ROSA

Alagna is the most popular place to stay among hikers and outdoor enthusiasts who visit the region. Of course many of the walks are challenging and need proper equipment and experience. Alagna is a major Freeride resort during the winter months.

The village standing at the bottom of the sheer cliff to the east of Monte Rosa is Macugnana.

The villages in the valleys below Monte Rosa are more Germanic than Italian in character, and occupied by the Walsers.  The people have a fascinating history within the valley, that you can learn about at the museum in Pedemonte, a short walk from Alagna. Wherever you travel in the region around the mountain you will see the unusual wooden houses that the Walsers occupy, much unchanged since their arrival in the 13th century.

Other popular villages and resorts in the Monte Rosa region include those at Champoluc, Brusson, Gressoney-St-Jean (which also has a small museum about the wildlife you might encounter), Issime and Riva Valdobbia, with its church having a very colourful frescoed facade from the 16th century.

PEAKS OF THE ITALIAN ALPS ABOVE FOUR THOUSAND METERS 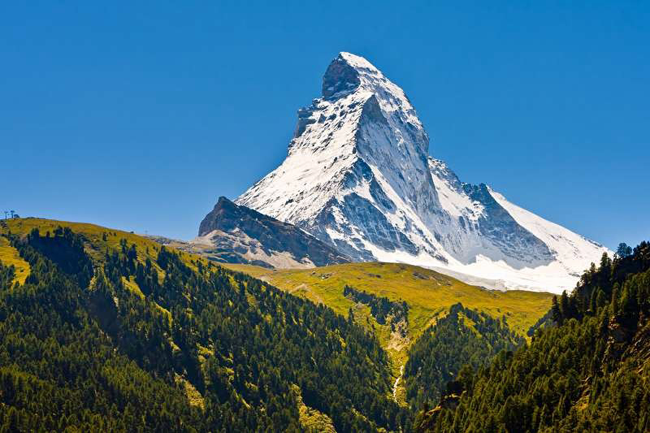 Primary Mountain Summitsare noted in BOLDfont- all other points listed are recognized high points and peaks on a primary mountain or along various routes. 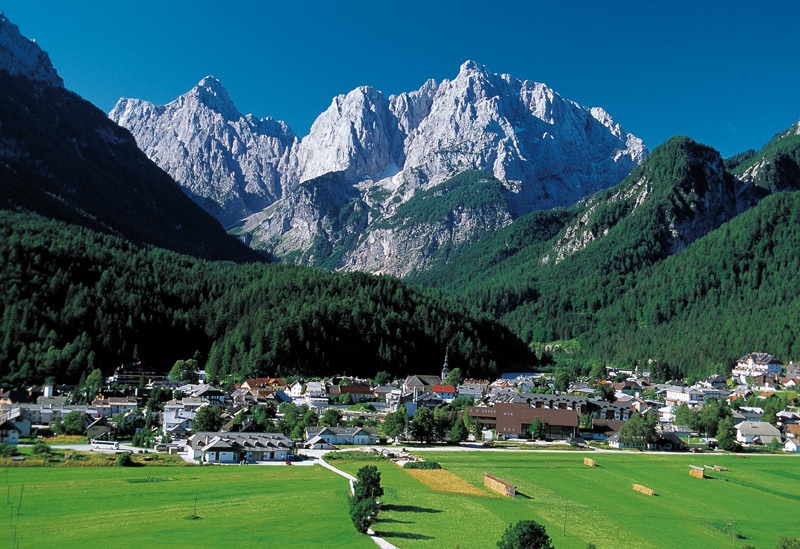