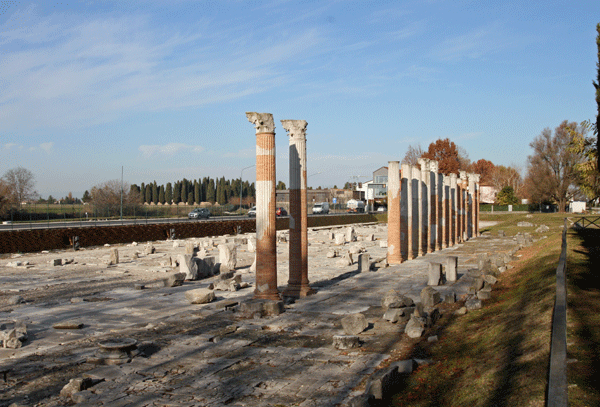 If you are visiting the city of Aquileia there is a recommended bike route that will take you from the old Roma settlement south to the shores of the Adriatic, and into Grado.  In the 500-700 hundreds Aquileia was one of the principle Roman towns in northern Italy, with the invasions of Attila and other tribes many of the people fled to form Venice and Grado.  The lands you will ride through are now "reclaimed" lands, but at one time there were only swamps.  Grado was a principle trading town along side Venice in the early 900s, but Venice later took control of the city.

This was a nice ride on flat terrain.  Just the right length not to get to bored due to being too flat. There were some very interesting birds along the way as well as a nice head wind, keep in mind the off shore and on shore winds from the sea.  If you are traveling by train you can go to the city of Cervignano dei Friuli and then ride south to Aqueilea.  This will add 25 km one way to your ride. 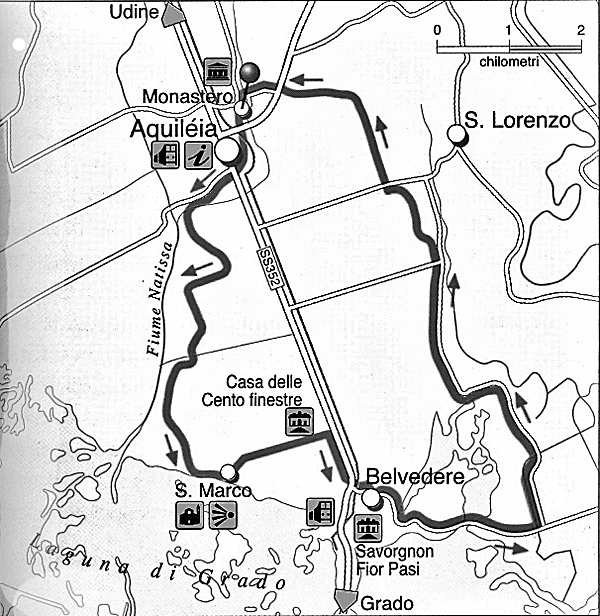