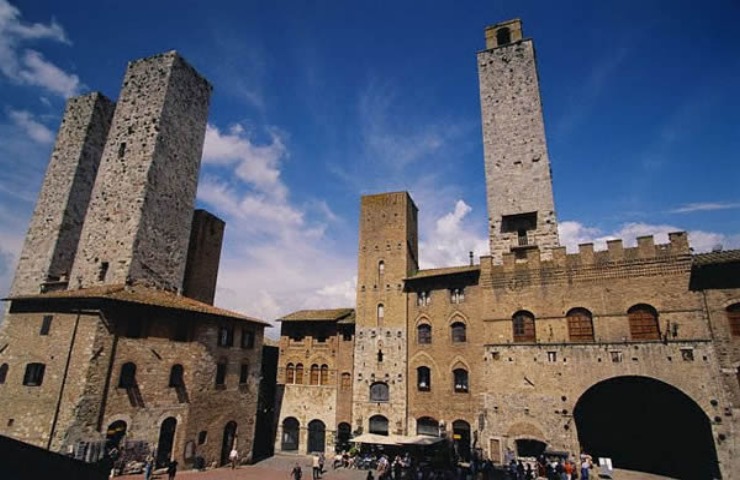 San Casciano in Val di Pesa is located in the Chianti Hills of the Florence Province.  The city was owned by Florentine bishops since its founding, San Casciano was annexed by the Florentine Republic in the 13th century and successively fortified, becoming a point of defense for the city from attackers from the direction of Siena. Even today there are traces of the old walls and medieval towers.

The Museum of San Casciano, with its two sections of sacred art and archeology, hosts precious works of art coming from the territory. The “dossale” attributed to Coppo di Marcovaldo shows San Michele Arcangelo and the stories of his legend, and the Madonna with Child by A. Lorenzetti are two of the most important works of art.

Some of the main buildings include La Collegiata and the church of the Misericordia (or S. Maria al Prato), which conserves a rich heritage of art including a crucifix by Simone Martini. There are numerous churches in the area that show the importance of San Casciano in the Middle Ages and that are worth a visit, including the church of S. Cecilia in Decimo, which is just outside the town center, the Romanic church of S. Giovanni in Sugana near Cerbaia and the church of S. Stefano a Campoli (which dates back to 903) near Mercatale Val di Pesa.

Among the many villas in the area worth visiting are the Villa Collazzi and Villa Tattoli near Cerbaia and in S. Andrea in Percussina, Villa Bossi-Pucci, which is also called Albergaccio and famous because Niccolò Machiavelli stayed there.