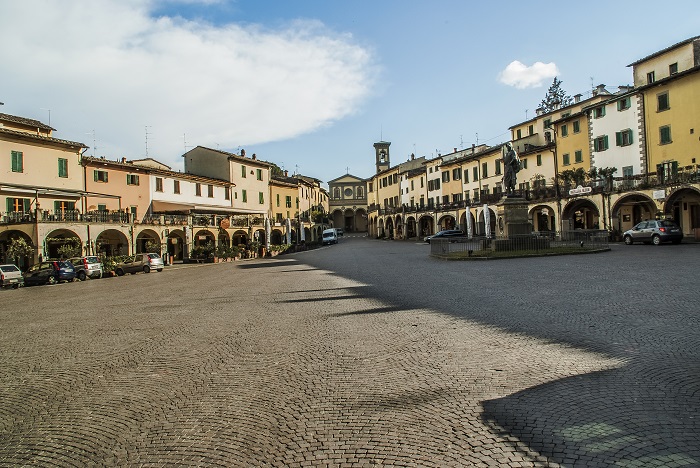 Greve in Chianti sits at an altitude of 236m in the Chianti Hills, part of the Florence Province, and has a population of around thirteen thousand inhabitants. Greve has been inhabited since the Etruscans made the area their home. Many local places names however were given by the Romans who later settled in the region.

The town centre dates back to the Middle Ages. The town was able to develop thanks to its proximity to the ancient pilgrims’ route, the Via Francigena, and the Via Volterrana which led to Volterra, both of which brought much trade and business to the area.

The town’s population increased and many churches and castles were built in the area. The town’s history of wine making stretches back as far as the fourteenth century and the wine produced then was considered as prestigious as it is today. Many noble Florentine families, who were the main consumers of locally produced wines, invested in the area and helped the local farms.

After the unification of Italy, Greve became the most important town in the Chianti region. Local sites of interest are Santa Croce Church in the town centre, the nearby castle at Borgo di Montefioralle, San Cresci Church and Sacro Cuore Church at Greti.