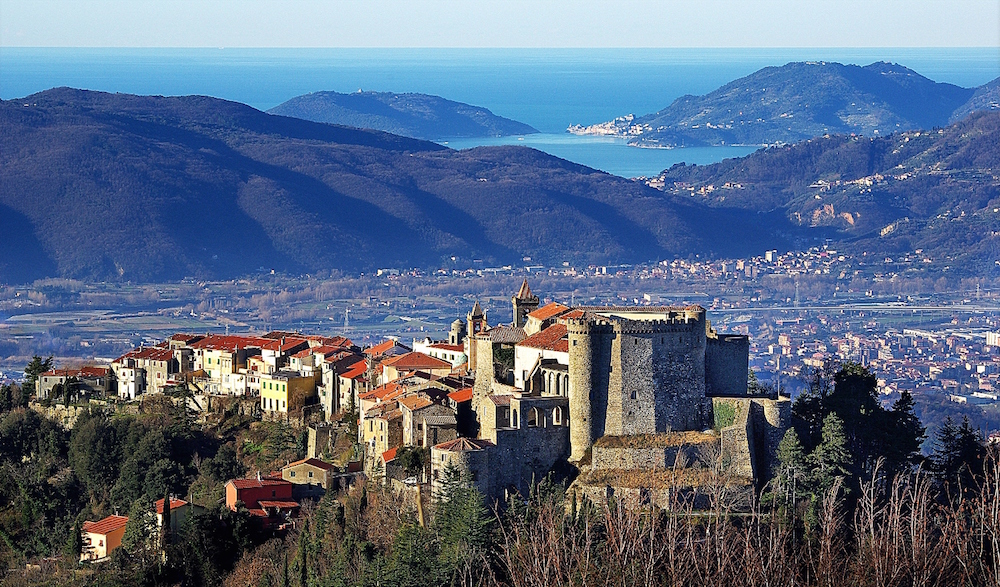 Fosdinovo is located in the Carrara Massa Province of Tuscany.  As part of the Lunigiana area it has been a very old settlement that for centuries has dominated the Magra and the Luni plains. The atmosphere is one of borderlands: you can almost smell the sea without forgetting the mountains behind. Local cuisine is excellent and can be sampled in its many good restaurants.

The castle of Fosdinovo, the most frequently photographed in all of Lunigiana, is owned by the Marchesi Torrigiani-Malaspina and is always open for visits. The ancient 14th-century manor, on a square plan with round towers, has been much enlarged and restructured, as late as the 1700s, to adapt it to peacetime uses and the requirements of its owners. The castle is a unique venue for concerts, cultural events, and art exhibits. Dante’s visits to the Malaspina court are narrated within its walls, which also host a ghost said to appear in the rooms from time to time. The massive castle dominates the beautiful town, with its churches and oratories, home to precious works of art. The church of San Remigio and the marble tomb of Galeotto Malaspina are of special note. The atmosphere in the narrow streets of the village is that of a borderland suspended between the sea breezes and the mountain winds.