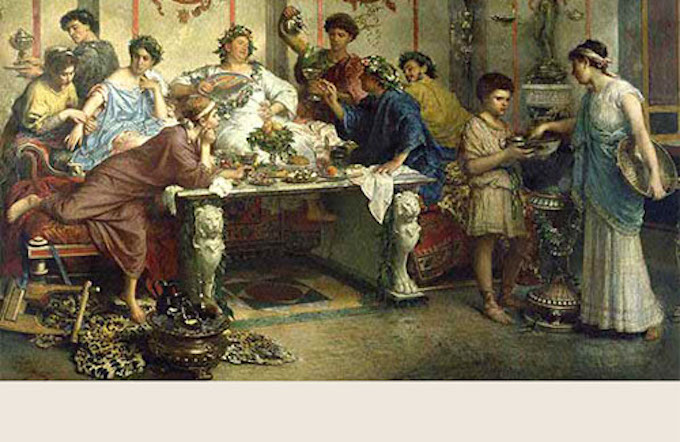 The first known Italian food writer was a Greek Sicilian named Archestratus from Syracuse in the 4th century BCE. He wrote a poem that spoke of using "top quality and seasonal" ingredients. He said that flavors should not be masked by spices, herbs or other seasonings. He placed importance on simple preparation of fish.Del Conte, 11. Simplicity was abandoned and replaced by a culture of gastronomy as the Roman Empire developed. By the time De re coquinaria was published in the 1st century CE, it contained 470 recipes calling for heavy use of spices and herbs. The Romans employed Greek bakers to produce breads and imported cheeses from Sicily as the Sicilians had a reputation as the best cheesemakers. The Romans reared goats for butchering, and grew artichokes and leeks.