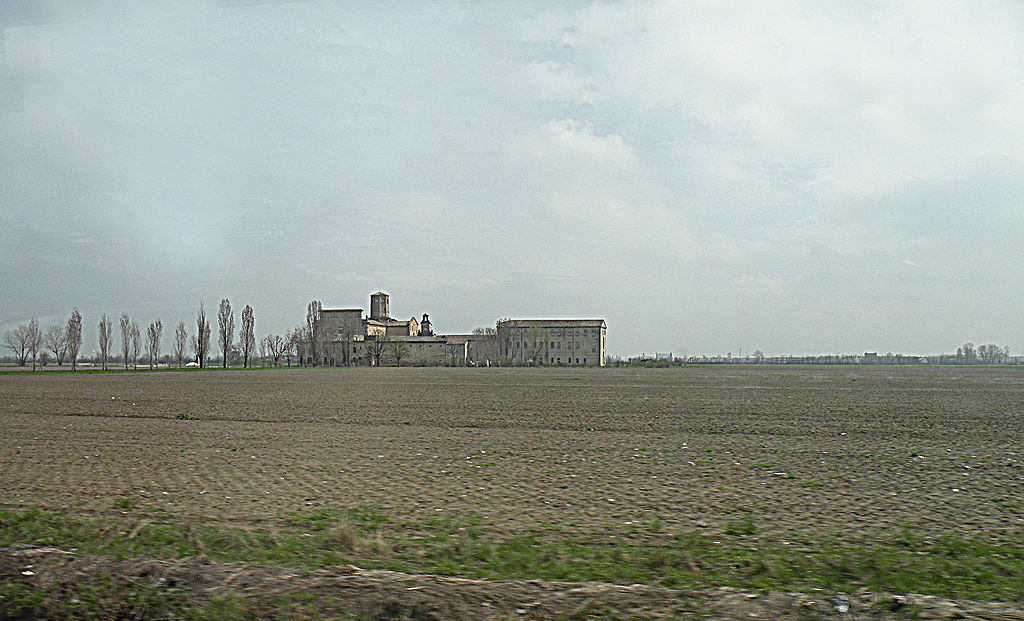 In 1494, the ruinous Italian Wars began between France and Spain, which lasted for decades. Land changed hands frequently. Even Switzerland received some Italian-speaking lands in the north (Canton Ticino, not technically a part of the Padan region), and the Venetian domain was invaded, forcing Venice into neutrality as an independent power. In the end, Spain prevailed with Charles V's victory over Francis I of France at the Battle of Pavia in 1525. The Spanish domination was oppressive, adding its burden to the Counterreformation imposed by the archbishopric of Milan; Protestantism was prevented from making inroads in the area. Burning at the stake became common practice during witch-hunts, especially in the neighboring Alpine lands. During this bleak period, however, Lombard industry recovered, especially the textile branch, its pillar. When the War of Spanish Succession traded Milan to Austria, government and administration improved significantly. Though the peasantry began a century-long plunge into misery, cities prospered and grew. When Napoleon I entered the Po Valley during some of his brightest campaigns (1796 and 1800, culminating in the historical Battle of Marengo), he found an advanced country and made it into his Kingdom of Italy. With Napoleon's final defeat the Austrians came back, but they were no more welcome. In the west,in Piedmont, the Savoy dynasty would emerge to serve as a springboard for Italian unification.