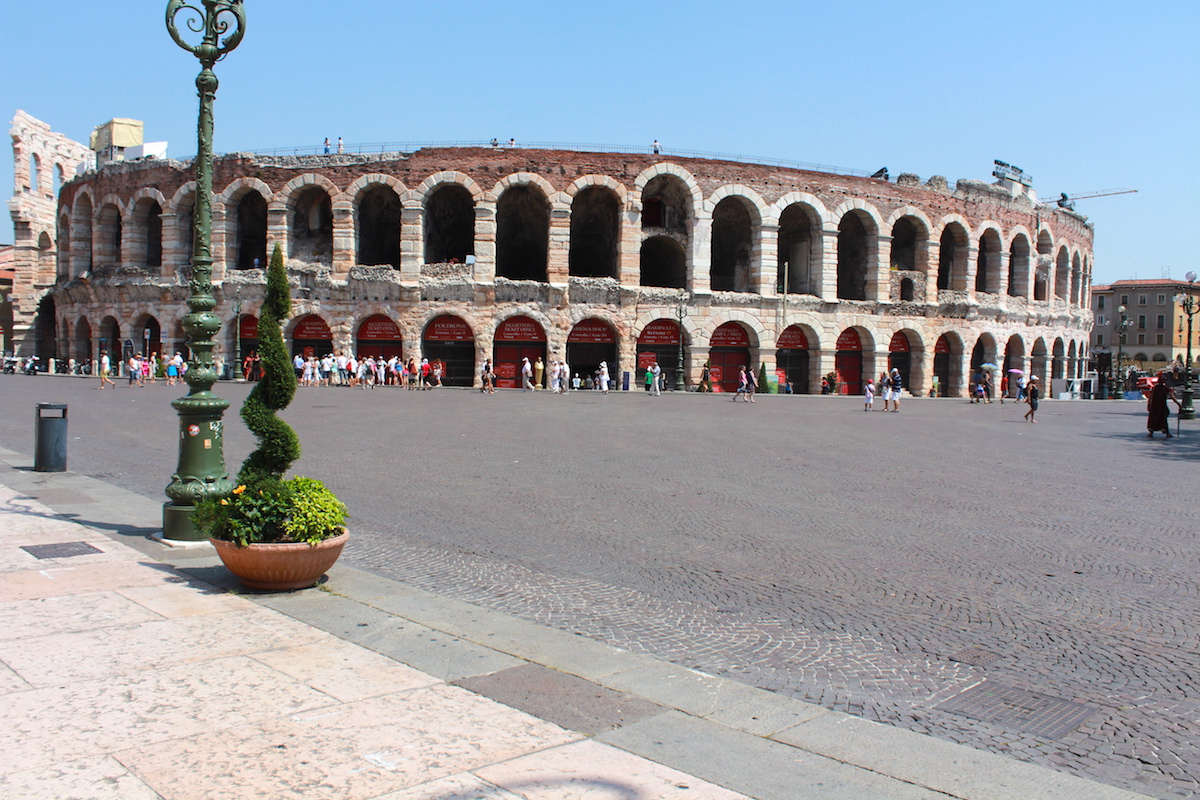 Verona is famous for its Roman amphitheatre, the Arena found in the city's largest piazza, the Piazza Bra. Completed around 30 AD, it is the third largest in Italy after Rome's Colosseum and the arena at Capua. It measures 139 metres long and 110 metres wide, and could seat some 25,000 spectators in its 44 tiers of marble seats. The ludi (shows and gladiator games) performed within its walls were so famous that they attracted spectators from far beyond the city. The current two-story façade is actually the internal support for the tiers; only a fragment of the original outer perimeter wall in white and pink limestone from Valpolicella, with three stories remains.The interior is very impressive and is virtually intact, and has remained in use even today for public events, fairs, theatre and open-aired opera during warm summer nights.

The Arena, itself was built in AD 30 on a site which was then beyond the city walls. The ludi (shows and games) staged there were so famous that spectators came from many other places, often far away, to witness them. The amphitheatre could host more than 30,000 spectators in ancient times. The round façade of the building was originally composed of white and pink limestone from Valpolicella, but after a major earthquake in 1117, which almost completely destroyed the structure's outer ring, except for the so-called "ala", the stone was quarried for re-use in other buildings. Nevertheless it impressed medieval visitors to the city, one of whom considered it to have been a labyrinth, without ingress or egress. Ciriaco d'Ancona was filled with admiration for the way it had been built and Giovanni Antonio Panteo's civic panegyric De laudibus veronae, 1483, remarked that it struck the viewer as a construction that was more than human.Weiss 1969.