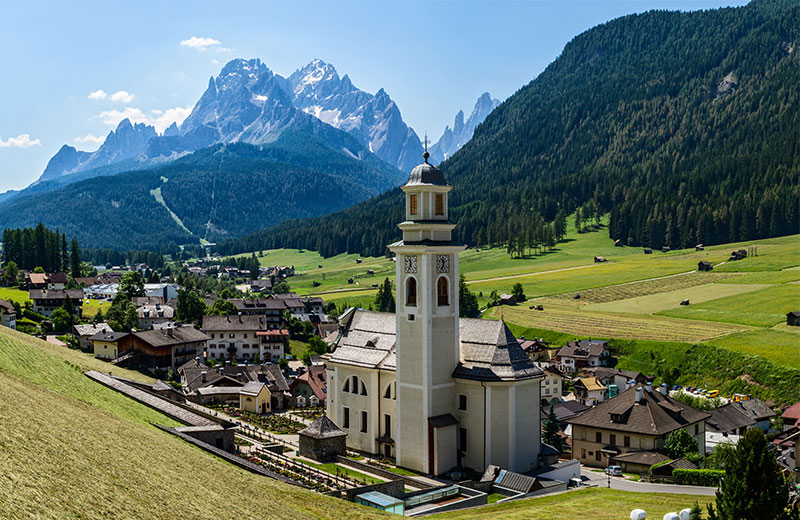 Sesto - Sexten, Province of Bolzano, Trentino Alto Adige, Italy. Sesto Pusteria, Sexten in German, is a small town in the easternmost part of South Tyrol. It is situated in a side valley of the Pustertal, near Innichen and the Toblacher, where the Drau river originates.

The territory borders in the north directly on Osttyrol (Austria), the course of the border forms the Karni alps. In the south the Sextener dolomites lie and the nature park of the same name, that is reached through the picturesque Fischleintal. Through the Kreuzberg mountain pass the area is connected to the Veneto region. The place is well-known as summer and winter sport resort, furthermore by its Tiroler cribs and Schnitzer.

WHAT TO SEE IN SESTO