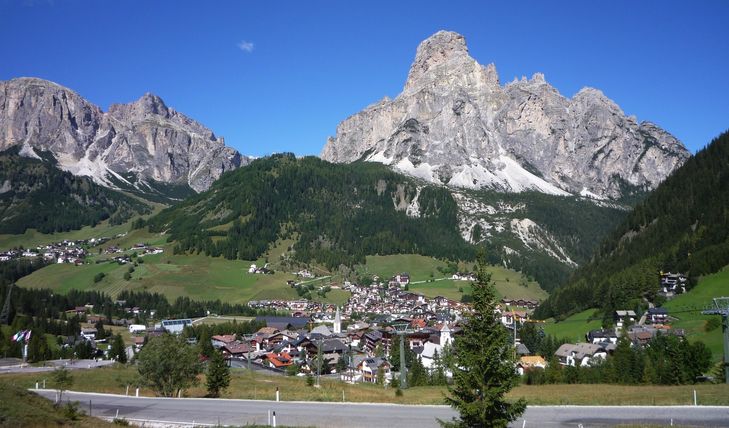 Corvara in Badia, Province of Bolzano, Trentino Alto Adige, Italy. Sometimes called Kurfar in German, it is the largest town and a popular ski resort in the Val Badia, in the "heart" of the Dolomites. It is part of the district Val Pusteria / Pustertal, and one of the 18 municipalities that make up the Ladinia cultural enclave.

Corvara was first documented in 1292, when it belonged to the Enneberg district. Colfosco instead was mentioned for the first time in 1153 and was part of the court of Selva Val Gardena until 1828 when it was united to the Val Badia was. Both Corvara and Colfosco belonged until the end of World War I to the Enneberg jurisdiction and were part of the Brunico district.

WHAT TO SEE IN CORVARA IN BADIA