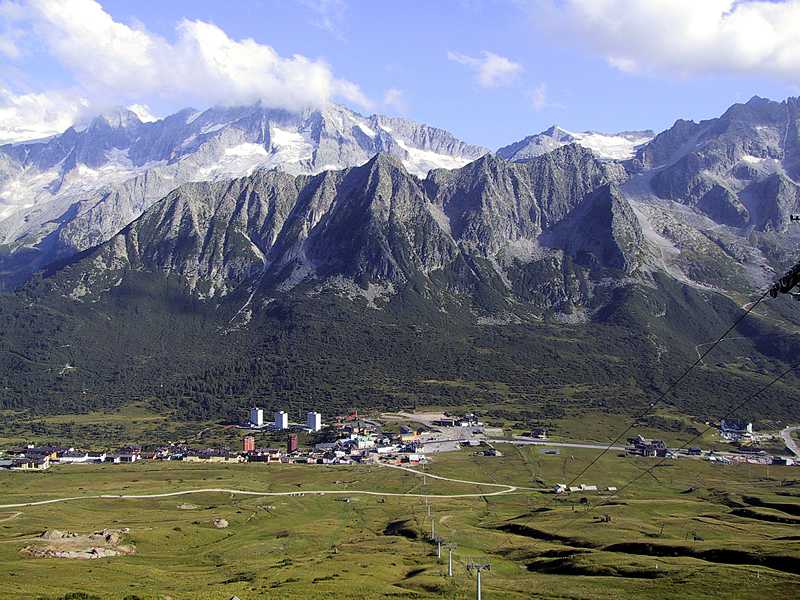 Malé (or Freienthurn) is a comune (municipality) in the northern Italian region Trentino-Alto Adige/Südtirol, located about northwest of the provincial capital Trento. As of 31 December 2004, it had a population of 2,142. The municipality of Malé contains the frazioni (subdivisions, mainly villages and hamlets) Magras, Arnago, Bolentina, Montes, Pondasio and Molini. Malé borders the following municipalities: Rabbi, Terzolas, Croviana and Monclassico. The economy of Malé is based mainly on tourism, handcraft (typically wooden products), and farming (typically producing apples, cheese and cold cuts). The Trento-Malè-Marilleva railway connects the comune to Trento. Near Malè is the Stelvio National Park, the biggest natural National Park in Italy and the Brenta group a UNESCO World heritage site. In 2008 Malè was the venue of the mountain bike trials competitions of the UCI Mountain Bike & Trials World Championships "Val di Sole 2008". The sections were set up (for the first time in the history of the Worlds) in the town squares, creating a unique charm and a very appreciated show.