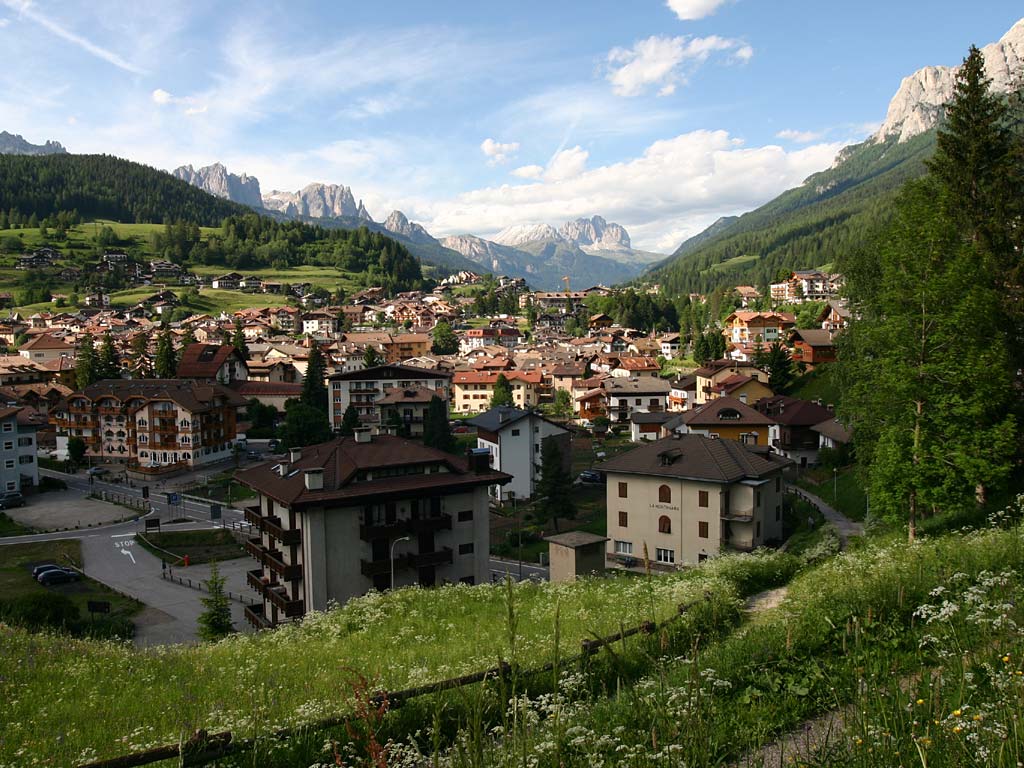 Moena (Ladin: Moéna, or Moyen) is a comune (municipality) in Trentino in the northern Italian region Trentino-Alto Adige/Südtirol, located about northeast of Trento. It is the largest comune in the Fassa Valley. In the census of 2001, 1,967 inhabitants out of 2,602 (75.6%) declared Ladin as their native language. The municipality borders with Falcade (BL), Nova Levante (BZ), Pozza di Fassa, Predazzo, Soraga, Tonadico and Vigo di Fassa. It counts the hamlets (frazioni) of Forno, Medil, San Pellegrino, Penia, Someda and Sorte.

WHAT TO SEE IN MOENA

Sights include the church of San Vigilio, with a Gothic bell tower and 18th-century paintings by Valentino Rovisi, and the ancient church of San Volfango, with 15th-century frescoes and a Baroque ceiling by Giovanni Guadagnini (17th century).