GUIDE TO WINDSURFING IN ITALY 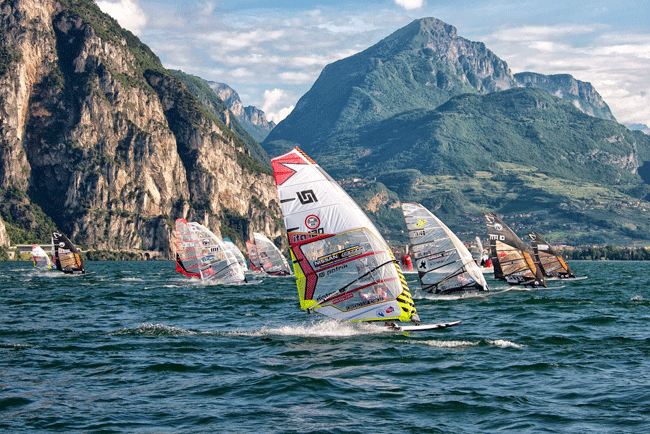 There are some fantastic windsurf spots on the Island of Sardinia. For example Porto Pollo and other less famous locations that offer excellent wave sailing conditions. Chia in the South of the island comes up with a really good wave, and works with almost every wind direction. The West coast offers not only a beautiful scenery, but at Capo Mannu you can find the biggest wave in the Mediterranean Sea.

The second biggest island of Italy is Sicily which hosts one of the most radical spots around, called Puzziteddu and is about 10 km from Marzara del Vallo on the South-west coast. It has an impressive wind consistency of 280 days of wind a year. If you visit Sicily in summer time, the straight between the Calabrian coast and Sicily provides a thermal boost with around 25 knots every day. The right spot here is Tremestieri, just 10 km South of Messina.

Of course the Italian mainland can also shine with some great windsurfing locations, like the port city of Livorno, in the Tuscany region. The coastline where the ferry boats depart to Sardinia is also known for radical surfing action, especially when the South-eastern desert wind “Scirocco” is blowing. From the spring to autumn Talamone is probably the windiest place around. A strong thermal wind with 20 -25 knots is delivered here almost every day.