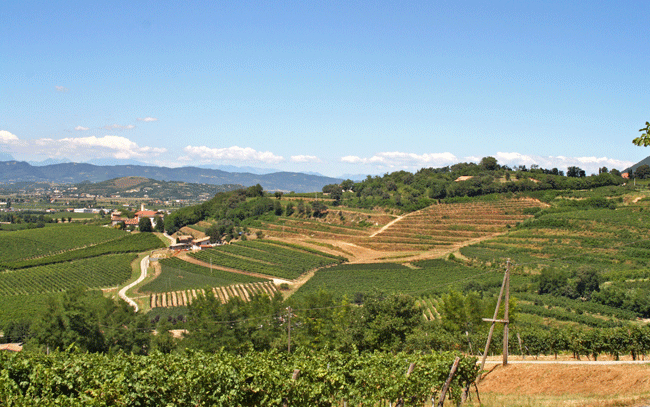 The Vicenza Province is one of the Veneto's best riding areas, it has all types of terrain; from flats, rolling hills, medium mountains, to major climbs, and the weather allows you to ride 7 to 8 months out of the Year.  Considering that a large portion of the Italian bike industry still has bases of operation in the province it is easy to see why there are always people out on the road.

There are flat routes with lots of culture and history stops along the way for casual riders, rolling hills to explore the wine zones and food of the various towns.  Plus for those liking hills, the Prealps of the Asiago Altopiano, and Mt Grappa mountain groups and the Piccolo Dolomites offer some early season ascents for anyone wanting to train for the Alps and Italian Dolomites later in the year.

The website for the Provincia di Vicenza a few cycling routes that are listed in Italian, the local travel office gives out a free bike guide to the region but again it is only in Italy, and not structured very well.  There is another website that has a section with bike routes or percorsi in Italian, called Tutti in Bici  (this is the local branch of FIAB – the ‘Italian Friends of the Bike’).

There are several local bike guides that have been written and you can find in the local bookstore in Vicenza. 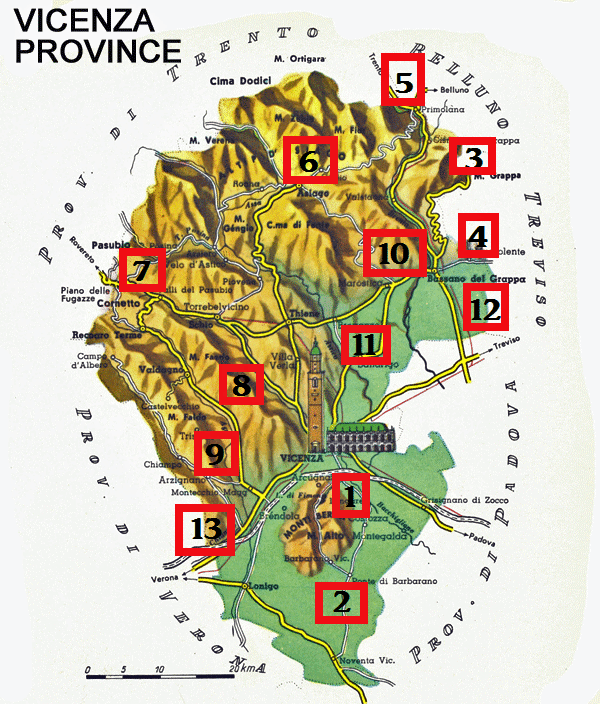 Biking in the Vicenza Province can be divided into two specific sections the central and southern part of the Province and the Northern part.

To ride in the central and southern zone your best base is the city of Vicenza, Italy, from here you can travel east, west, and south, and there are 4-5 days of great riding if you ride 40 to 50 miles per day. This is a great location for all levels of riders and especially if you are traveling with a non-rider.  Being on the main train line also allows you plenty of non riding day options and lets you extend your riding range.  Fit riders can ride to Asiago and Mt Grappa from Vicenza, it is a 140 km round trip.

To ride the northern part of the province of Vicenza it is better to base yourself in the town Bassano del Grappa, From here you can ride Asiago, Monte Grappa, and the hills leading to Asolo. There are plenty of flat rides as well. I suggest Bassano del Grappa only if you are an avid rider who loves to climb and and that is the focus of your vacation. There are 4 great rides out of Bassano, then you tend to repeat some of the same terrain.