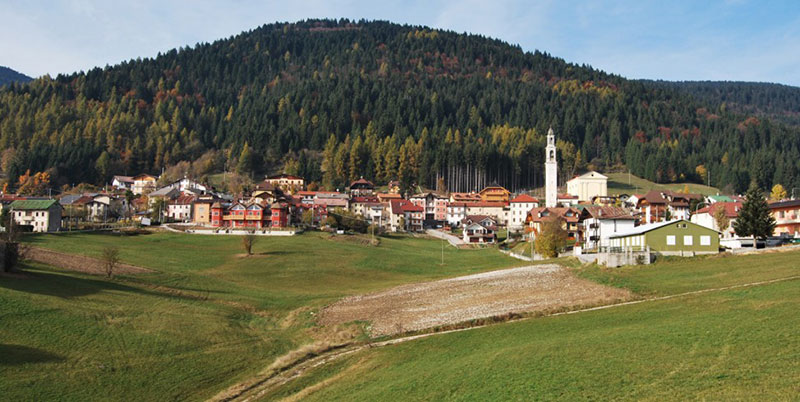 The Roana area is called the “land of the six towers” because of the numerous rural centres present around here, each of them with its own bell tower: Canove, Cesuna, Tresché Conca, Mezzaselva, Camporovere and, finally, Roana (“Robaan” in Cimbrian). Roana is one of the towns on the Plateau where ancient Cimbrian traditions are still alive and you can experience them even today on many occasions such as, for example, the ethnic summer festival Hoga Zait.

The territory of Roana includes the Val d'Assa, a deep valley, used in old times as a route for trade and communication. This is an interesting place from an archaeological point of view, since here many petroglyphs from prehistoric times were found. The valley is crossed by a beautiful stone bridge, which was built more than a century ago and represents a great historical and architectural value.

Roana and its surrounding villages offer many attractions ranging from history to art, such as the Museum of the Great War in Canove, the “Cuchi” Museum in Tresché Conca, the Exhibition of local tools in Mezzaselva, the Corbin Fort in Tresché Conca and the Hösle Zeelighen Baiblen, the so-called “house of the saint little women”, a historical place associated with an old legend: it is said that a long time ago, in the large cave on Valdassa lived small women with magical powers. You can find the cave by hiking the trail that starts from the last houses of the village and leads towards Albaredo along the valley of Rust.

Roana is also the home of the Institute of Cimbrian Culture.

The area offers a lot of possibilities for outdoor activities, such as hiking and excursions; there is also a complex for down-hill skiing in Monte Verena, equipped with lifts; as well as a "beach" complex by the Lake Lonaba, recently renovated and equipped with a swimming pool and an acrobatic park.