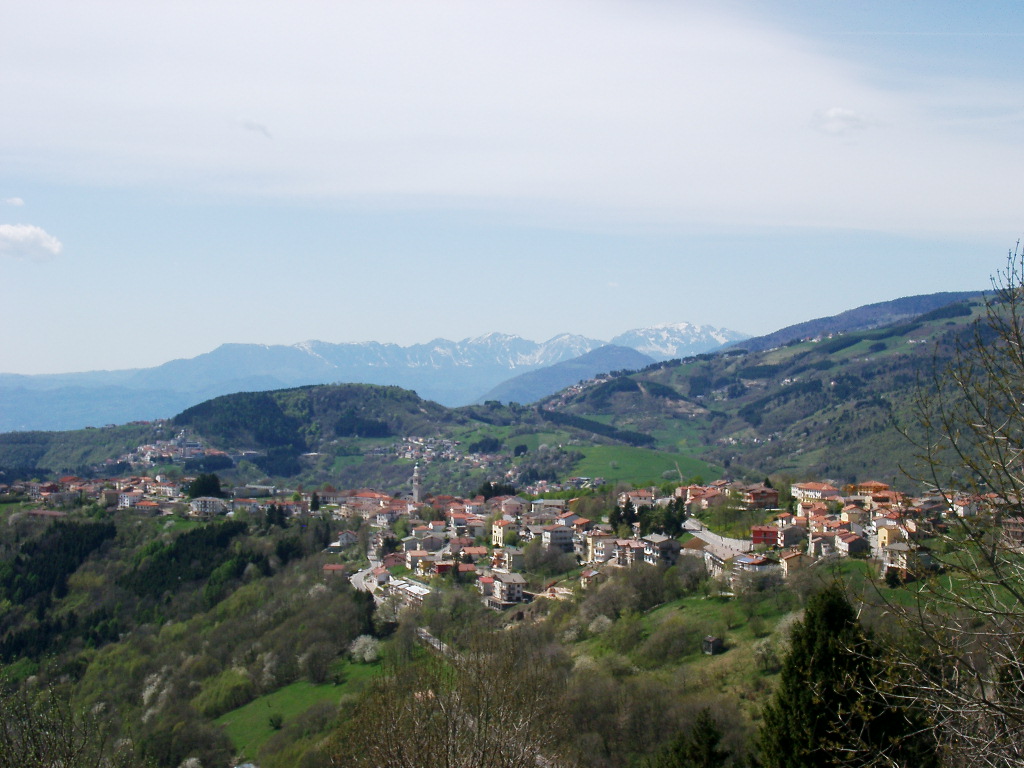 The town of Conco (“Kunken” in Cimbrian) is located in the South-East of the  Asiago Plateau. In 1796 it became independent from the city of Lusiana, becoming thus the eighth of the 7 Municipalities of the Plateau. The territory includes a variety of landscapes ranging from plains to the foothills of the Prealps, and is influenced by different climates.   Conco is famous for its reserves of marble and for some typical crops, including dandelion and celery cultivated in the surroundings of the village of Rubbio. Apart from Rubbio, the county of Conco includes also the villages of Fontanelle, Gomarolo, Tortima and Santa Caterina.

Two of the most important sights to see are the Painted Quarry and the Inhabited Quarry, by the artist Tony Zarpellon.  The Palazzon, the so-called “fortified house”, has a peculiar architecture that is also worth seeing. It is located near the top of Mount Caina, a remote corner of the Asiago Plateau 1000 metres above sea level that looks like a bow of a big ship leaning towards the plain.

From Mount Caina you can see Bassano del Grappa, a large part of the Valsugana Valley and a huge portion of the Venetian Plain; you can also see the Lessinian, the Euganean Hills, the lagoon of Venice and, on clear days, the Apennines. Monte Grappa is also located not far away from here.  The Palazzon represents an interesting historical site. Historians are almost certain that it used to be a fortified house at the time of Venetian domination, with a lookout post and a small garrison; the foundation could date back to the XIV or XV century.

However, considering the extraordinary location, it is also reasonable to suppose a previous construction, dating back to the Roman times. This theory is supported by the presence, in San Nazario (not far from here), of the Roman fortification Pian di Castel. Actually, the few remains of Pian di Castel are today part of a very old house characterized by a particular architecture, with beautiful vaulted ceilings on the ground floor and a very unique porch. Inside one can see the columns made in traditional Roman style, which used to support ceiling of the barn. The building, once used as storage and later as a stable, belongs to a private person and unfortunately is in a poor state of preservation.