Places to Visit in the Vicenza Province

City and Towns to Visit in the Vicenza Province

Listed the Cities, Towns, and Places we recommend to visit or places we pass through during an activity.  Also listed are Geological locations you should consider as you plan your Italian adventure. Cities: Locations along the main transportation hub and places you would stay overnight or base yourself. Towns: Smaller towns or villages we pass through along bike or hiking routes, and places nearby outdoor activities.  Some could be a place to base yourself during your activity or a place to find supplies. Places: Lakes, Mountains, Hills, or other areas worth exploring.

Cities to Visit in the Vicenza Province

Towns to Visit in the Vicenza Province

Places to Visit in the Vicenza Province 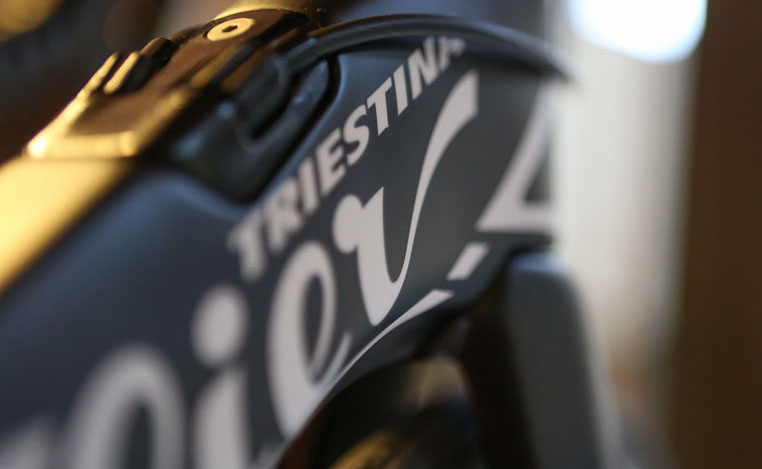 Wilier Triestina Bike Company is an Italian manufacturer of racing bicycles, founded in 1906 by Pietro Dal Molin in Bassano del Grappa, Italy. They are now based in Rossano Veneto, a town in the province of Vicenza, Veneto Region, Italy.

The company name originated as an acronym for the phrase “W l’Italia liberata e redenta”, where the W is an abbreviation for "Viva!" (Long live Italy, liberated and redeemed). Triestina comes from the name of the city of Trieste. When Wilier was founded, Trieste was not part of Italy; the name 'Wilier Triestina' reflected a patriotic desire for it to be rejoined. (see History of Italy 1945-1980) 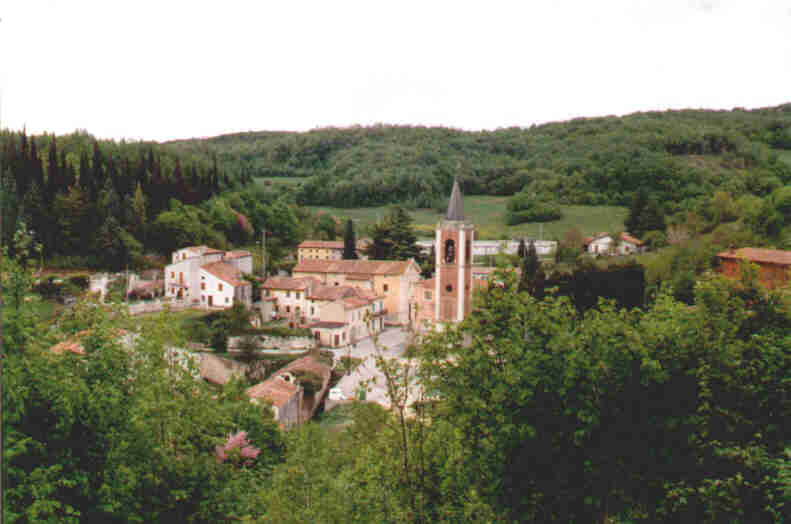 Zovencedo sits in the heart of the Colli Berici and is a nice quite out of the way village.  The area is full of wooded hills and offers some nice walks, mountain bike trails, and some good road bike routes.

Bassano Del Grappa is located north of Vicenza and is one of the larger cities within the Vicenza Province. Bassano sits along the Brenta River as it enters the Valsugana, shadowing over the city is Monte Grappa Mountain Group and Asiago Mountain Group, to the South are the flat lands of the Veneto Plains. This geographical location has made Bassano a strategic land point for thousands of years, controlling the flow of migrating people from the North and South. The city was first established as an army camp, by the Romans, and from that time forward it has played a significant role in history, history that we may be acquainted with but do not realize that it originated in this unique area. During the French Wars the city was the site of the Battle of Bassano, and Napoleon Bonaparte remained in Bassano for many months. In 1815 it was included in the Kingdom of Lombardy-Venetia and controlled by the Austrian-Hungarian Empire, and became part of the unified Kingdom of Italy in 1866. The original name of the town was Bassano Veneto. After the terrible battles on Mount Grappa in WWI, where thousands of soldiers lost their lives, a decision was made to change the name of the town. In 1928, the name was changed to Bassano Del Grappa, meaning Bassano of Mount Grappa, as a memorial to the soldiers killed. Ernest Hemingway during his days as an ambulance driver in the war spent a few days in Bassano and Schio. He placed parts of his book ‘A Farewell to Arms’ in the area as well. Also, other American writers spent some days in the Bassano area during WWI such as Scott Fitzgerald and John Dos Passos. In World War II, after the Armistice of Italy in 1942, the city was occupied by German troops. During this period there was a large amount of partisan action in the area, and one of the parks has a memorial to repercussions of this resistance. Bassano del Grappa should be on your travel list when exploring the area and for cyclist there is the classic routes up to Monte Grappa to challenge yourself.  Nearby there is rock climbing and just up the river to the north is a kayak training site that has produced some Olympic medals.  While walking around the city you might see a parachute gliding because the mountain is also a popular launch point for hang gliders and parasailing.

What to See in Bassano del Grappa

Where to Stay in Bassano del Grappa

Where to Eat in Bassano del Grappa

See out Map above for food suggestions. Bassano white asparagus has ancient and legendary origins that goes back to a historical period between 1200 and 1500.  In the area of Bassano, the asparagus has the ideal enviorment to grow: sandy, soft, well drained and slightly calcareous terrain around the Brenta River. Places we like: Ristorante al Ponte, via Volpato 60, tel. 0423-219274 local dishes Taverna al Ponte, via Angarano 2, 0424-503662, sandwiches Baùto, via Trozzetti 27, 0424-34696, Veneto dishes Osteria Trinità, contra San Giorgio 17 (outside the old walls) 0424-503700, seasonal foods

How to Get To Bassano del Grappa

By train: Bassano del Grappa is connected with Venice by direct regional trains. Fares are cheap and the journey takes an hour and twenty minutes. There are also direct rail services to Padua (varying journey times, from 45 minutes upwards) and Trento (two hours). Travelling to Vicenza involves changing trains, so the bus is easier and at one hour, the journey is just as quick. By bus: Bassano del Grappa has a little bus station (autostazione) in Piazzale Trento, by the town wall, just south of the tourist information office and a five-minute walk from the railway station. It consists of some parking bays for buses, a shelter with timetables pasted on the wall and a news-stand where you can buy tickets (which was closed for an extended lunch). There is also a row of bus stops on the street opposite the station. Ferrovie Tramvie Vicentine (FTV) run many bus services linking the towns in this area. There are fairly frequent bus services which connect Bassano with nearby Marostica, some continuing to Vicenza. A number of other bus companies serve Bassano - the timetables at the bus station are simple and quite easy to follow.  Touring the area by bus is possible, but you will need to be organised, study the timetables closely for variations on weekdays, schooldays, summer and holidays, be prepared to fit your days around bus timetables and stock up on tickets before the sales points (usually news-stands) shut for lunch.

Bus services connect Marostica with Bassano del Grappa. The train service to Venice is also useful for travellers who are exploring the area using public transport. As well as Venice itself, the train also stops in Castelfranco Veneto, which is another picturesque small town  A touring walking or biking itinerary we provide in this part of Italy joins together Vicenza, Marostica, Bassano del Grappa, Cittadella, Castelfranco Veneto, Asolo, Treviso and Padua, with add ons like the Prosecco and Berici Hills, after this itinerary a stop in Venice. This is a great vacation experience away from the crowds, enjoying green countryside, the rolling hills at the foot of the Alps, fine architecture, historic towns, art galleries and excellent local food and wines. 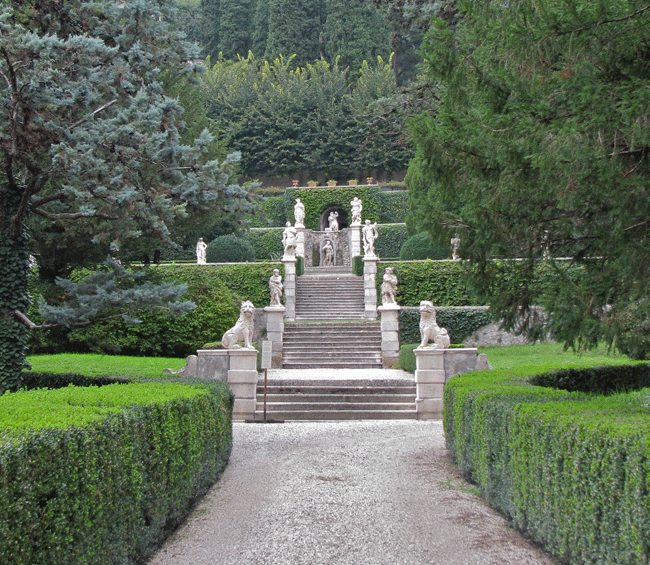 Costozza is located just south of Vicenza in the Berici hills and is a perfect example of, the small oasis of wonder, that you can find as you travel around the Veneto by bike or foot. Costozza is easy to reach from the main train station in Vicenza either by foot or by bicycle.

If you are planning to explore the Vicenza area by foot, even if you're not an avid walker, Costozza offers you a nice 2 to 3 hour visit, and is a welcome break from the main tourist path. To get there you need to take the orange city bus number (8) eight, from the Vicenza train station (make sure that the time posted for the bus has a 'L' after the time, this means the bus goes all the way to Lumignano, if not the bus will only take you as far as Debba).

If you are exploring Vicenza by bicycle there are several routes to take that will take you through Costozza.· The easiest bike ride is taking the bike path that runs along the Riviera Berica.· This path takes you by some great sites and you can follow all the way to Longare and then to Costozza.

Today the village of Costozza is part of the Longare community in the Vicenza province of the Veneto. There is evidence of· community settlement in the area since prehistoric times due to the abundance of caves and water sources in the area.· During the Roman period Costozza became an important trade center and the rock was quarried from the nearby cliffs which was considered high-quality stone was very popular.

The community maintained its prominence until the Hun invasions around 452. For the next couple hundred years the area caves were a refuge, from the many invaders marauding throughout the region on their way to Rome. Once the Lombardi had gained control of the area in 700 A.D. Anselmo di Norantola sold much of the Berici Hill area and Costozza to the Benedict monks of Modena.· It is interesting, that from the agricultural culture established by these monk's, created the habit to grow peas.· The cultivation of the peas became well-known as the favourite ingredient 'risi bisi' (the Veneto risotto) that was served to the Venetian Doga, on 25 March to celebrate the founding of Venice, and in May of each year there is the 'Risi Bisi' festival held in nearby Lumignano.·

Costozza and the surrounding area were primary controlled by the monk's and the city state of Vicenza. During 1000 and 1200 A.D. Vicenza and Padua were in constant conflict over the area. Historical records show that Padua eventually gained control of the area, and it is written that they suffered through a period of slavery and repression.

In the early 1400s the area became part of the Venetian empire and once again the stone quarries started to have a prominent role in local trade. The cliffs of the area supplied most of the stone utilized to build many of the villas, throughout the countryside. It was also during this period that Longare was established as a community headquarters and Costozza and the surrounding area fail under its control.

During the Second World War the city of Vicenza was almost completely destroyed by Allied bombing. Many of the caves in Costozza and throughout the Berici hills were utilized as bomb refuges and to store supplies. It is rumoured that one time the Italian military had an airplane engine repair facility in the Costozza caves and at various sites in the hills German troops were prepared to man fortifications to defend the northern regions.
When you turn off the main road or deviate from the bike path you right into an area today that is very easy to imagine what it was like 100 years ago.

Costozza should be on your list when you visit Venice and the Veneto.· This is a great one day bike ride or easy walk to enjoy and after your activity there is the Colli Berici wines to sample and several good 'Slow Food' places to eat.