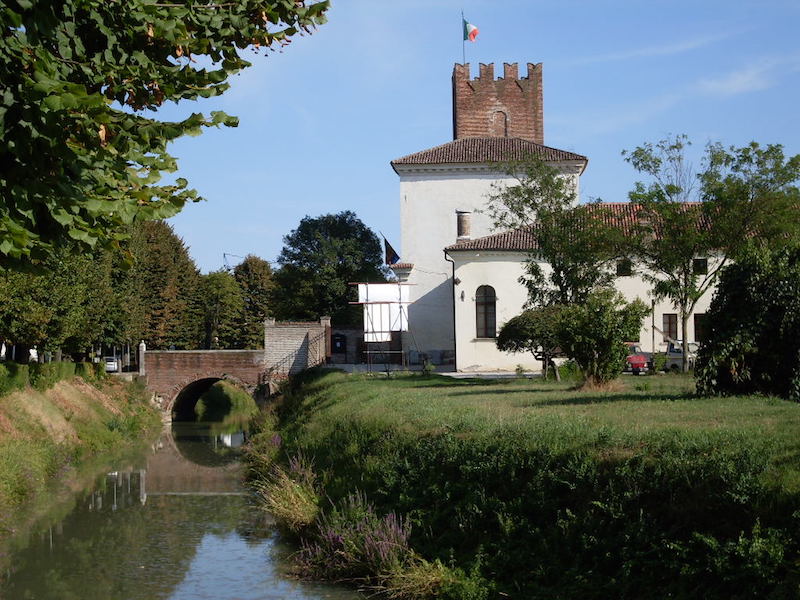 The name of Arquà comes from the word "arquata" (curlew) or curve because this roman center is found on a curved road that crosses the Polesine.

The small and quiet town is enriched by its beautiful medieval castle, built in 1146 to act as stronghold for the Este family and then the Venetians. Today, it is filled with municipal offices. From the building tourists can admire the crenellated tower built on three floors and the central body with thirteen arcades from the seventeenth-century that overlook the large courtyard. The moat that surrounds the building that needs to be surpassed in order to visit the rooms of this building is certainly charming. The rooms are all decorated with frescoes that represent mythological scenes.

The fifteenth century hunting lodge of the Estense family that has been repeatedly modified is also interesting. Its romantic park is one of the most beautiful parks in the Polesine. The Baroque church of S. Andrea, built around the year one thousand and restored in later centuries, preserves a fine marble altar and some interesting paintings. The Villa Ca' Torelli (now called the Rossi Villa) is worth visiting, a fifteenth century complex that includes a complex of the fifteenth century with a manor, a rustic house and a small stable.