Planning Your Vacation In Italy

TIPS ON SELECTING A HOTEL IN ITALY 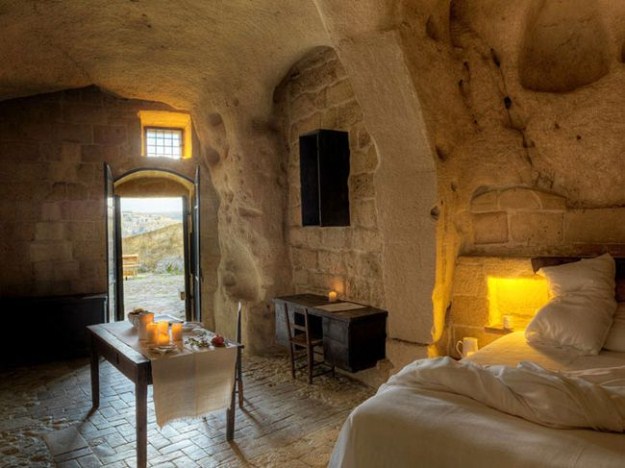 Traditional Italian hotels tend to be simpler and have fewer extras than most American hotels. In Italy for example, few hotels below the moderate level will have TVs with an English channel, not even CNN or BBC, so do not expect Cable style TV or 100's of channels to select from.  But keep in mind, did you come all this way over to Italy to sit around in the room, a cafe in the square is a much more enjoyable way to pass your time.

Italian hotels tend to focus on cleanliness and friendliness over amenities. Many of the Hotels are old-fashioned, and worn around the edges, with small rooms and furniture that's functional, but not always the latest style, and you need to consider location, location, location above all else.

HOTEL RATING: DO NOT CHOICE BASED ON STARS

Italian hotels are rated from one to five stars (plus an extra "Five-Star Deluxe" category for places that really want to pad their prices).
As hotels get more expensive (four- and five-star), they get more similar to standard hotels in the US.

As far as the cheaper, more traditional Italian hotels, at the one and two-star levels, here are the "worst" of the differences you can expect to find.

The vast majority of the "complaints" about Italian hotels I read or hear about have little to do with the hotel, but expectations presented by the booking site and personal travel expectations.

You should not go into a foreign country expecting everything to work exactly the way it does at home. If that were the case, there would be no reason to travel in the first place. You will need to put aside your assumptions and expectations and learn to judge and value an Italian hotel on its own merits according to Italian standards, not American ones.

Read user reviews with a grain of salt, and keep in mind, there are always more complaints then praise, and remember that Hotel websites are paying for the photo-shop pictures that makes a room look grand.

HOW HOTELS IN ITALY DIFFER FROM U.S. HOTELS

One major factor you must understand many about hotels in Italy (all of Europe, actually) is space. In the US there is lots of space and rooms tend to be large, whether they are roadside chain motels or hotels in city centers. Even a cheap, grungy, off-brand motel in the States will usually have two double or queen beds in it, separated by an end table with a TV remote control so you can watch your "Free HBO!"

In Italy, most hotels—at least, most of those in the historic city centers and small towns tourists love to stay in—are converted from existing buildings, many of them hundreds of years old. Rooms were smaller back then, and it is often impractical (and, in many cases of historic buildings, illegal) to enlarge them.

Also, indoor plumbing is a recent phenomenon, Renaissance architects didn't plan for a private bathroom in every chamber of the palazzo.  So bathrooms tend to be small, modular units that are wedged into one corner of the existing room.

So, expect the following from hotels in Italy (hope for the best but expect the worst):

Selecting a hotel for your vacation takes some research and it is best to deal with someone who has actually been in the location, not just review it on a computer screen or travel book. The wrong location can end up costing you time and money. Remember the good deals on the booking web sites are good deals for a reason.  Those places in Italy that provide great service and have a great location, are usually booked well in advanced.

PLANNING AN OUTDOOR ADVENTURE AND NEED SOME PLANNING, TRAINING, OR GENERAL QUESTIONS CONTACT US AT mailto:info@italiaoutdoors.com