Things to See in the Venice Province

EXPLORING THE VILLAS OF THE BRENTA CANAL | VENICE PROVINCE 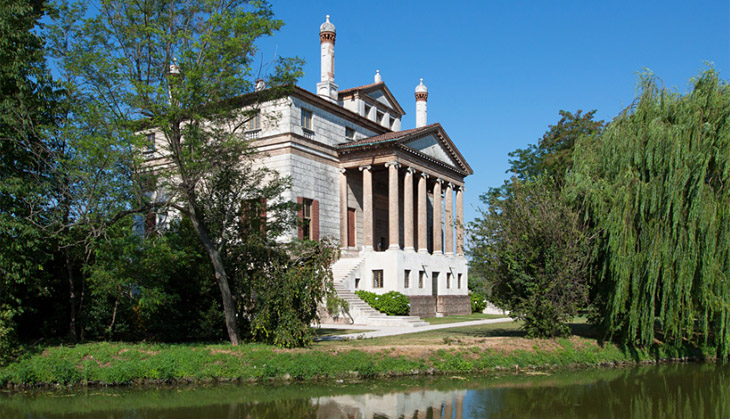 This is an excellent bike tour or to enjoy during your visit to Venice, the start of the Riviera can be reached by taking a water bus to Fusina or the local train line stopping in Mira or Stra. This is a charming and attractive location just a few kilometers from Venice: the Brenta Riviera, a place full of artistic and cultural interest. Between the 16th and the 18th centuries, some of the most important families from Venice had their summer residences built on the Riviera that runs alongside the Brenta river, a waterway that connects Venice to Padova. There are several varied bike routes you can take based on different travel interest.

HOW TO GET TO THE BRENTA RIVIERA

The best way to explore along the “Naviglio Brenta” is by bicycle but you can also make your way by walking and using the local buses.  The route runs from Fusina to Stra for 24 km  (one way).  It is a flat ride and popular bicycle route so cars are very usual to your presence.  There is no need to ride on the primary streets unless you wish to get over to visit a villa or shop; there are small secondary roads to follow that run parallel to the canal.  This is a safe and fun ride for all levels of cyclist and a great day of active travelling.

You will also find information about a bike path that runs from Mira to Stra. This path is gravel and best suited for a mountain bike plus it takes you north of the villages and is not a lovely ride.

The easiest starting point for this ride is Fusina or the Mira Porta train station.  You can catch a local train between Venice and Padova that will stop at this station.  From here you can follow the bike path south to the Canal and then start your excursion

ABOUT THE BRENTA CANAL

The Naviglio Brenta or Brenta Canal that we ride along today is the result of a system of locks and swing bridges to make the canal easy to navigate.  The gates at Dolo were particularly important since they were installed around a small island to form the only boatyard along the canal.  The last lock downstream was once located at Moranzani, just before the river enter the lagoon of Fusina.  The canal was a vital commercial waterway (many famous UScanal systems were patterned after these works), that carried goods and passengers.  Barges (burchi) were pulled up-stream by horses, and gondolas and passenger boats were “poled” along the river carrying groups of aristocrats to their country houses or parties.

There are thousands of country houses still standing in the Veneto and northeast Italy.  In the 15th century, after the Venetian Republic’s conquest of its “mainland” territories, The Venetian investments slowly shifted from the Orient to landholdings.  The old nobility had occupied estates throughout the provinces of Padua and Treviso as early as the 14th century, but with the change in trade routes and discovery of the New World the Republic no longer held a monopoly on trade so capital was invested into less profitable but safer investments.

The life of the villa combined two very different styles: the contemplative pleasure of the country life, observed from the humanistic standpoint of the epoch (which is why the country villa design draws upon the classical world in design), and the cultivation of the country estate itself, whose the affairs the proprietor managed in person.

Over the centuries the use of the country house went through server changes. Originally used as a gentleman’s country house in the 15th century to a Palace to show a “Bella Figura” (a good image) among their social equals.  The elegant but restrained forms of the Renaissance gave way to imposing building complexes surrounded by large parks ornamented with pavilions, fountains, statues, woods, and whatever else was the latest style of the moment.  Most of spring and summer were spent in the villas and great balls, hunting parties, and games were played.  Then as the weather cooled the owners would move back into the city, just in time to Carnival (carnival during that period lasted up to 4 months). Carlo Coldoni (a Venetian playwright) wrote a trilogy describing the villa season and in many of the 1970 – 1980 classic Italian TV movies the villa life is depicted with lots of truisms (even if they seem obscure to us today).

VILLAS YOU SHOULD VISIT

Villa Foscari known as “La Malcontenta”: via dei Turisti 9, Malcontenta di Mira. Open Tuesday and Sarturday from 0900 to 1200, all other days open on request. (Closed Monday)

BIKE ROUTES ALONG THE BRENTA CANAL