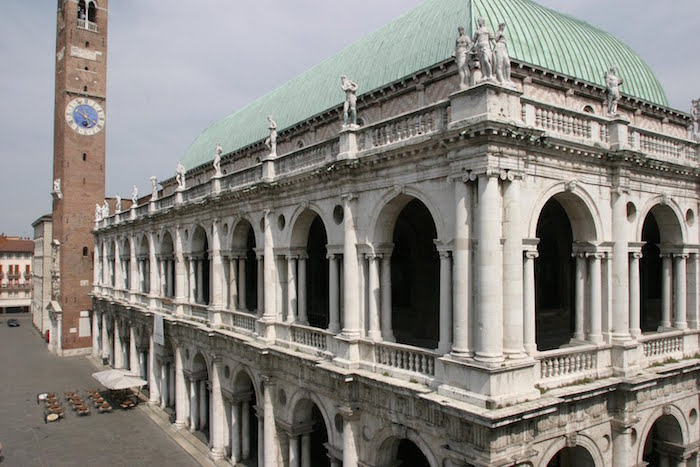 Vicenza sits between Verona and Venice along the main train lines.  The city is a World Heritage site and displays some of the most famous works of the architect Andrea Palladio. Palladio was one of the great architects of the Renaissance and his work reintroduced the classic style of ancient Greek and Roman in his work. His work has made its impact on American architecture style, just stop by the Villa Rotonda and take out a nickel, look at the back of the coin and then at the villa.  Thomas Jefferson used Palladio’s “Four Books of Architecture” to plan the works at Monticello and the Univeristy of Virginia.

Enjoy the day exploring the countryside villa’s and then a early afternoon in Vicenza.  There are three varied itinerary's to select from, each highlighting some of Palladio’s most re-known works. 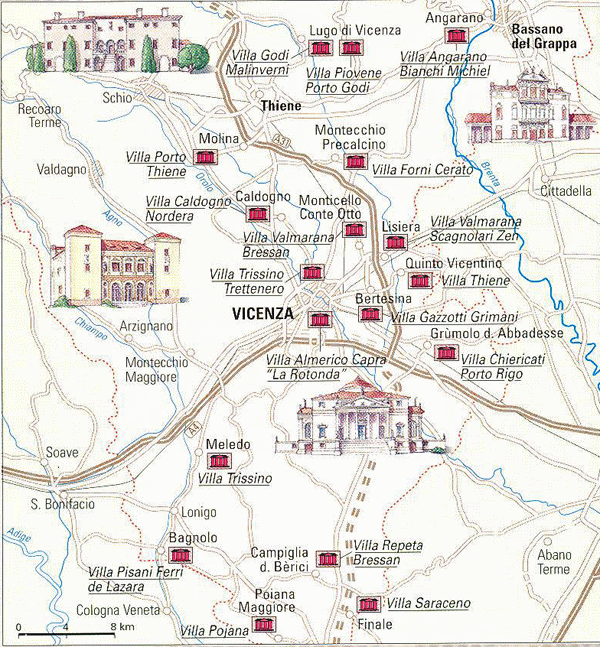 The meeting point for those staying outside of Vicenza is the Vicenza Train staion. If you are lodging at a hotel in the Vicenza city limits we can start from that location.

There are three specific routes to follow for this program.  It greatly depends on your riding ability and interest.

Route one for those who do not traffic and prefer to ride on a bike path this route follows the new Riveria Berica path to Noventa Vicentina and back. Distance 60 km

Route two leaves the city to the south and then continues counter-clockwise on a route to see UNESCO structures.   This is a nice route on secondary roads. Distance 40 - 50 km

Route three is for riders wanting a bit more riding with their sight seeing.  Ride north of the city to Lugo di Vicentina and back.  This route has no major climbs but it is between 60 - 85 km

On all routes you pass through small towns and vineyards, enjoying breathtaking views. Italiaoutdoors can provide a detailed Itinerary upon request. If you have the time the Vicenza Province makes a great location for a multi-day adventure.

Parts of this program can be organized as a walking tour.