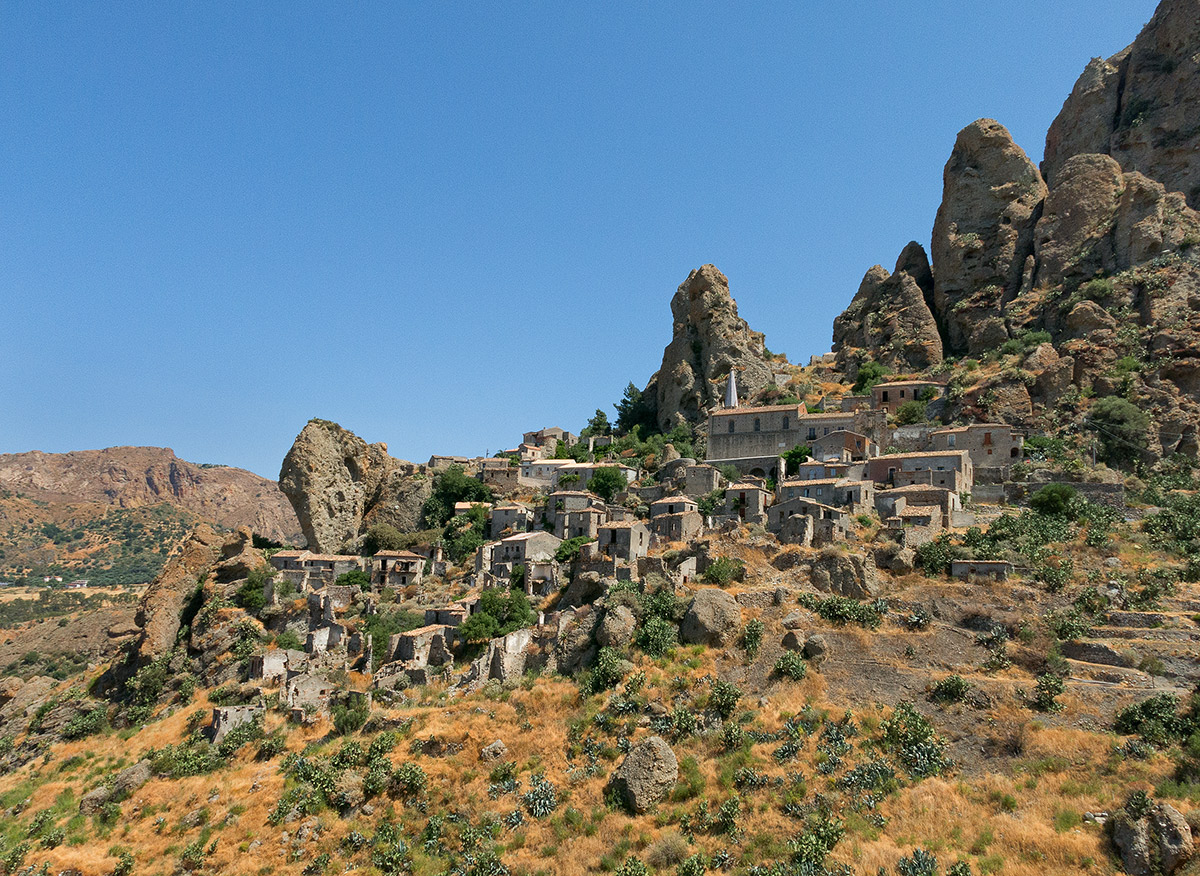 Calabria is the tip of the Italian peninsula; it borders with Basilicata and stretches between the Tyrrhenian Sea and the Ionian Sea in the direction of Sicily, from which it is divided by the Strait of Messina. Geographically, Calabria has its own distinct individuality, due to its peripherical and almost isolated position Calabria has enormous tourist potential, and its exploitation should reasonably be expected to boost genuine improvement of the regional economy. A wealth of splendid scenery lies along the littoral which, including the Tyrrhenian and Ionian coasts, stretches for nearly 800 km. and is characterized by a tremendous variety of panoramas, ranging from delightful rocky coves (especially on the Tyrrhenian) to vast beaches fringing a clear sparkling sea. The magnificent inland area is dotted with tiny picturesque villages hugging the hills that slope down to the water, with colourful and typically Mediterranean.

There are only a few developed sites that I have visited and know of in the region.  There seems to be plenty of cliffs to develop, but getting around in the around is rough and getting land access seems to be the biggest problem, Calabria is still one of the hardest regions to figure out. 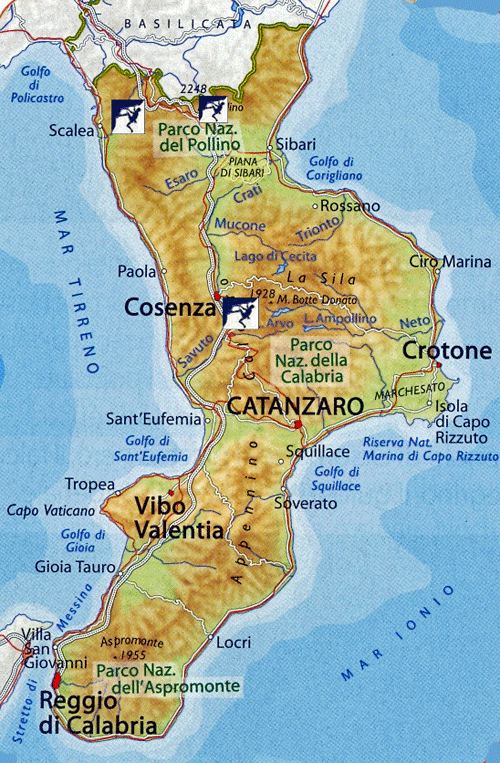